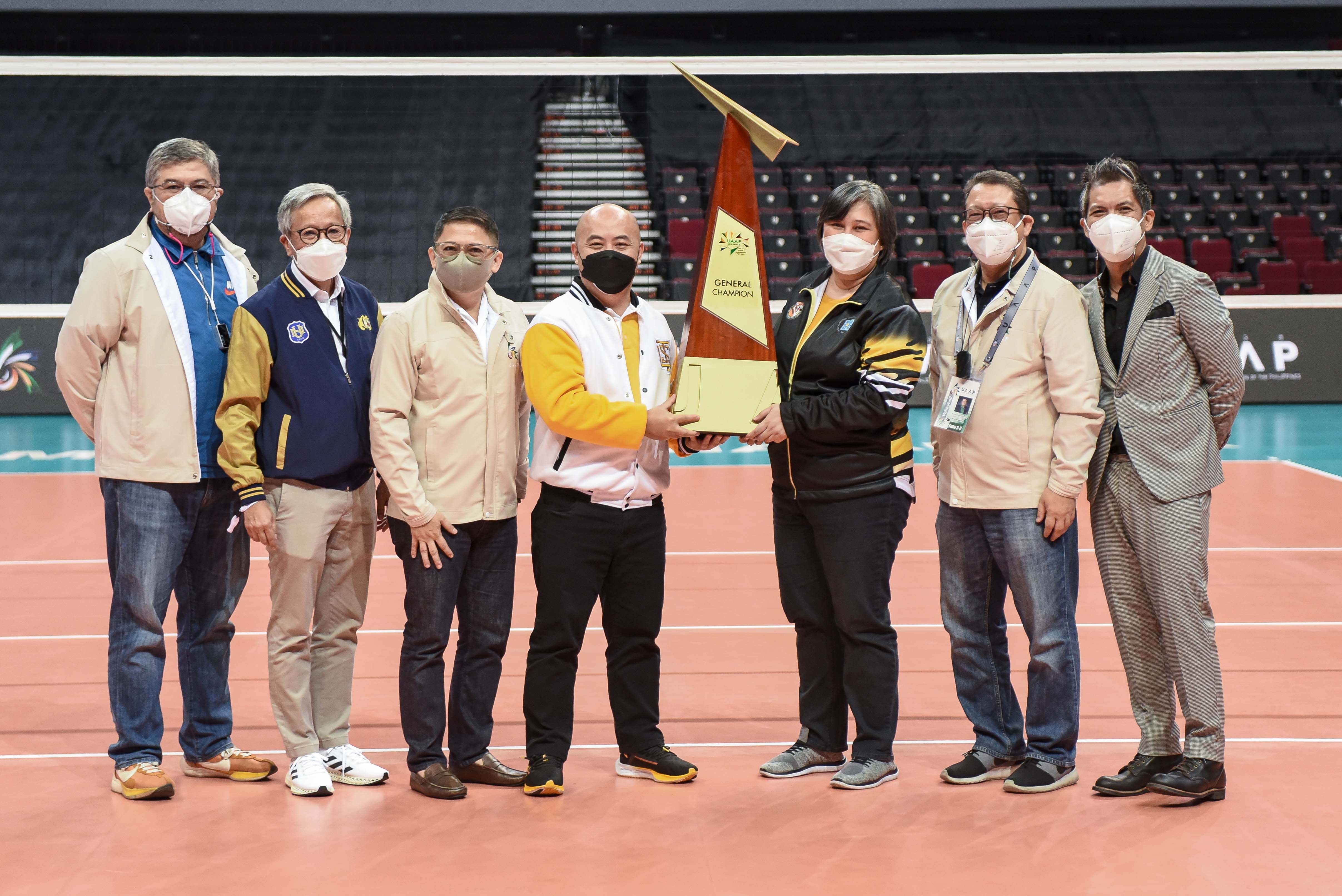 UNIVERSITY of Santo Tomas emerged as the UAAP Season 84 general champion, the school's fifth-straight crown and 45th overall in the collegiate division.

But it was a close battle to the end as the Tigers tallied 84 points in the league's shortened calendar with just eight events, excluding the cheerdance competition which is not included in the computation.

Their closest contender was National University, which just fell short by three points with 81 points. The Bulldogs did not send a team to the men's chess event.

In the eight events, UST claimed the championship in half of those, winning gold in poomsae, men's 3x3 basketball, men's beach volleyball, and men's chess.

This season's host De La Salle University placed third with 76 points, while University of the Philippines was a close fourth with 71.

The Fighting Maroons won the men's 5-on-5 basketball competition.

The points system of the UAAP is as follows: 15 points for gold, 12 for silver, and 10 for bronze, eight for fourth, six for fifth, four for sixth, two for seventh, and one for eighth. (Dennis Lachica, Sportsmanila Photojournalist)