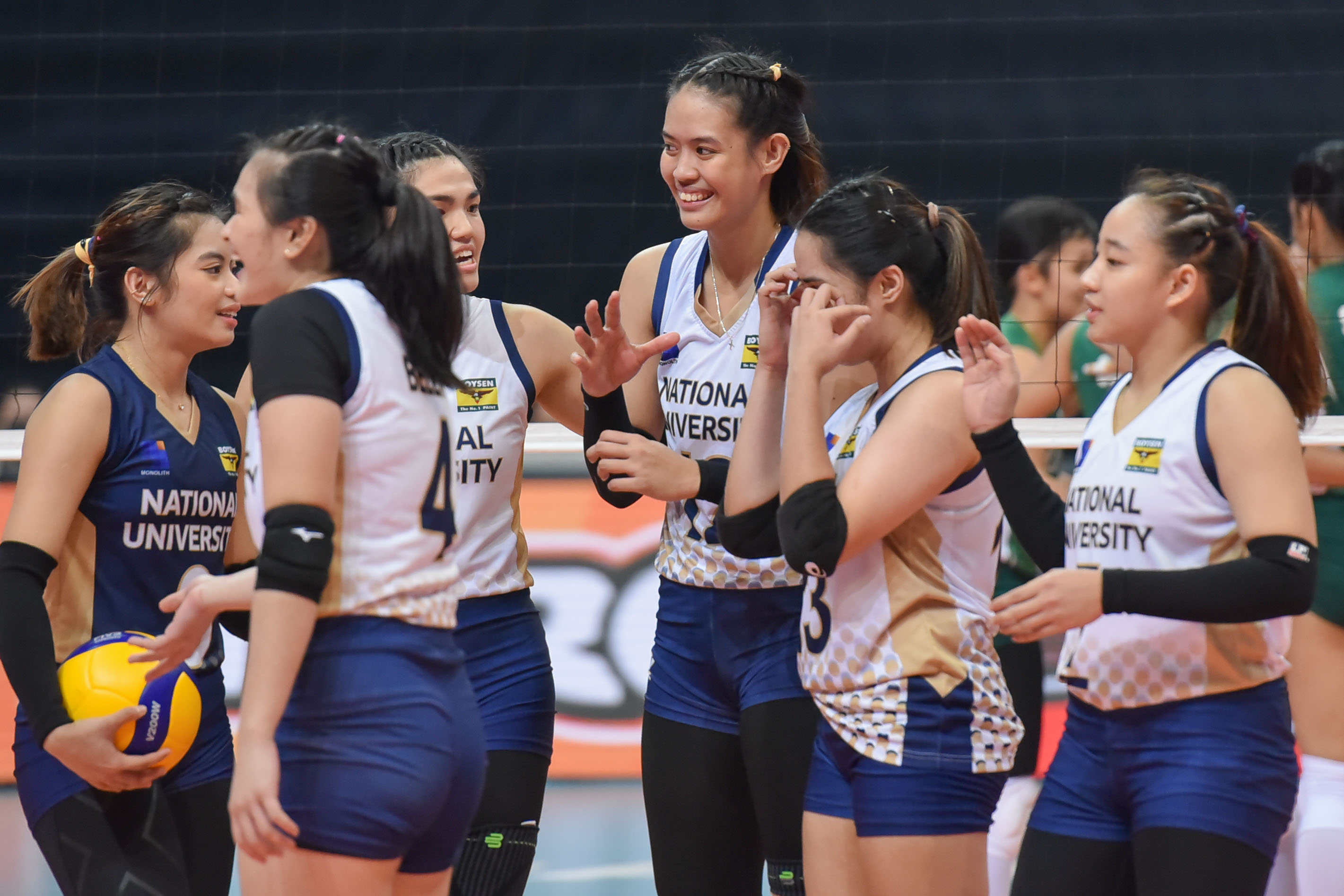 But league leaders made sure to not get that win get over their heads heading into the contest.

After close encounters in the first and second sets, the Lady Bulldogs stepped on the gas in the third and took a 16-8 advantage in the second technical timeout of the third frame.

The Lady Spikers sliced it to within six, 12-18, following an ace from Fifi Sharma but that is the closest they could get with NU unloading a 5-0 spurt to take an 11-point advantage, 23-12, through Ivy Lacsina's quick attack.

Cess Robles topped the scoring column for the Lady Bulldogs with 17 points while Mhicaela Belen recorded 14 points, 10 excellent digs, and six excellent receptions to push the team’s standing to 8-0.

Thea Gagate led the Lady Spikers with 10 points on seven attacks and three blocks while Alleiah Malaluan and Marite Espina had seven and six markers, respectively, as La Salle remained at the third spot with a 5-3 slate.

NU will take on Ateneo de Manila University next on Saturday at 10:00 AM while La Salle will face Adamson University at 12:30 PM. (Dennis Lachica, Sportsmanila Photojournalist)