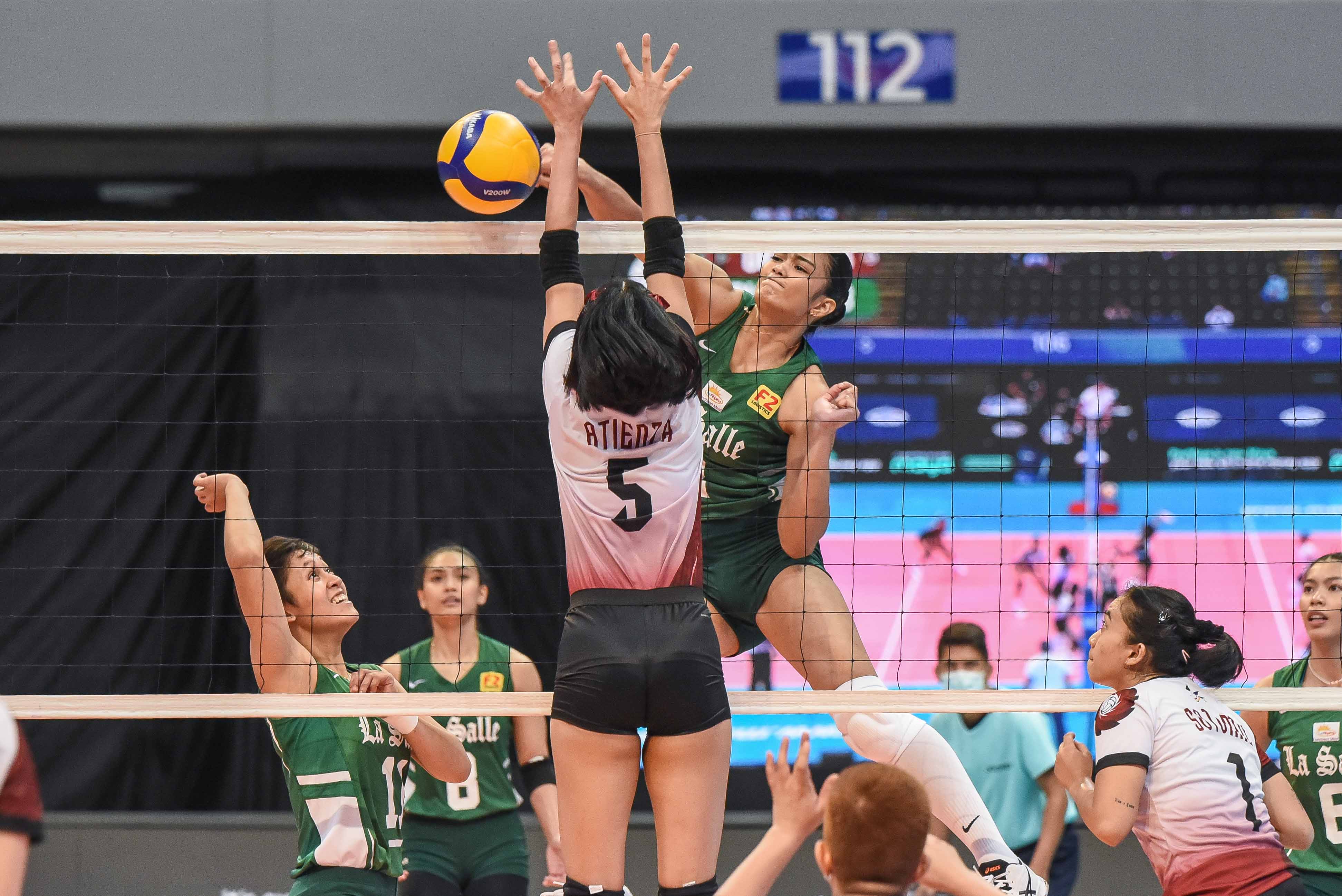 De La Salle University dealt the University of the Philippines its third consecutive loss, 25-12, 25-17, 25-19, to rise to the second spot in the UAAP Season 84 women's volleyball tournament, Tuesday at the SM Mall of Asia Arena in Pasay City.

The 1-2 punch of Alleiah Malaluan and Justine Jazareno led the Lady Spikers to a 4-2 slate to move up to solo second in the rankings. The former shouldered the scoring load with a game-high 16 points to go along with five receptions while the latter took charge on defense with 12 excellent digs and 11 excellent receptions.

Ahead by three, the Lady Spikers ended the game with a 3-0 rally kick-started by a back-row attack from Malaluan which put La Salle ahead at 23-19. Stephanie Bustillo then committed an attack error before getting rejected by both Malaluan and Thea Gagate which gave the Taft-based spikers the victory.

Silenced was UP top scorer Alyssa Bertolano, who was held to just four points in the loss that dropped the Fighting Maroons to 3-3 at the third spot. She also sat out the entirety of the third frame.

Nina Ytang paced the team with eight points and six excellent digs while Joan Monares had five points. UP rookie Irah Jaboneta, who played a pivotal role in the team’s 3-0 start, did not suit up for the Fighting Maroons.

La Salle will face FEU next Thursday at 6:00 PM while University of the Philippines looks to snap its skid against National University on the same day at 12:00 PM. (Dennis Lachica, Sportsmanila Photojournalist)