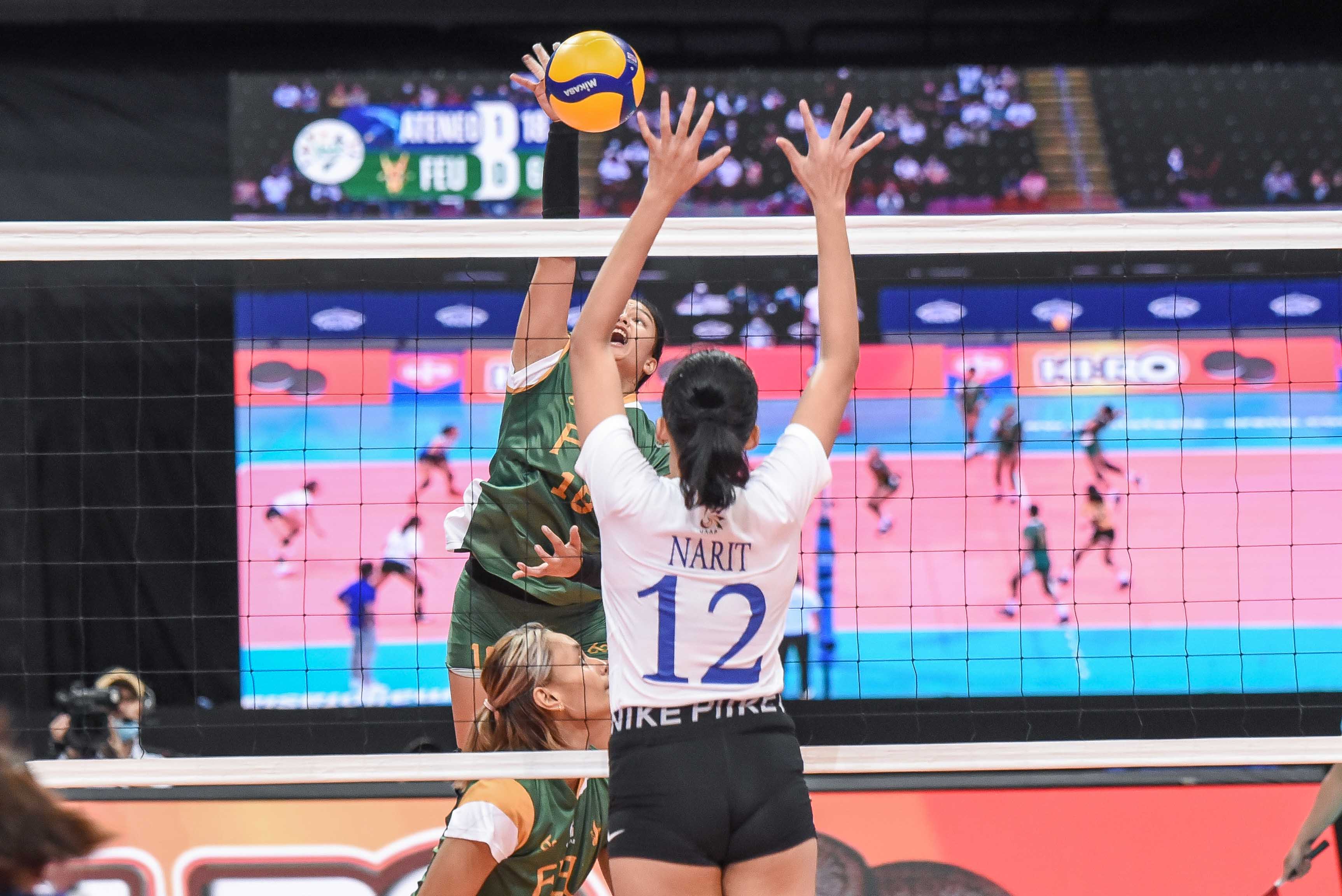 It has been a tough first three games for the Blue Eagles, suffering defeats at the hands of De La Salle University, National University, and Adamson University.

“Of course, we’re happy na nasa win column na kami,” said Blue Eagles head coach Oliver Almadro after the match that lasted just an hour and 19 minutes. “I’m not saying naman na sobrang lungkot namin in the past few games but alam namin na we are going up e, talagang may instances lang na we really have to recover right away.”

After a strong opening performance, the Blue Eagles stepped on the gas in the second frame and led by as big as 13 points, 21-8, off an ace from Maraguinot before eventually bagging the set for a quick 2-0 advantage.

Ateneo carried its momentum in the third set, building a nine-point lead as Alexis Miner and Faith Nisperos put on the finishing touches with a quick and an ace, respectively.

Jaja Maraguinot steered the Ateneo ship with 14 excellent sets along with three points and nine excellent digs while Faith Nisperos finished with 14 points off 11 attacks, two aces, and a block as the Blue Eagles finally entered the win column with a 1-3 standing.

Lyann De Guzman and Joan Narit finished with 12 and 10 points, respectively while Miner and Vanie Gandler each had seven markers.

On the other hand, Chen Tagaod led the way for the Lady Tamaraws with 10 points, seven excellent receptions, and four excellent digs. Nikka Medina and Jean Asis had four apiece while Lycha Ebon was held to just three points.

The Lady Tamaraws, who were coming off a huge five-set win over University of the East last Tuesday, slid to 1-3 in the standings.

Ateneo looks to sustain its form against the unbeaten UP on Saturday at 6:00 PM while FEU will take on Adamson earlier that day at 10:00 AM. (Dennis Lachica, Sportsmanila Photojournalist)