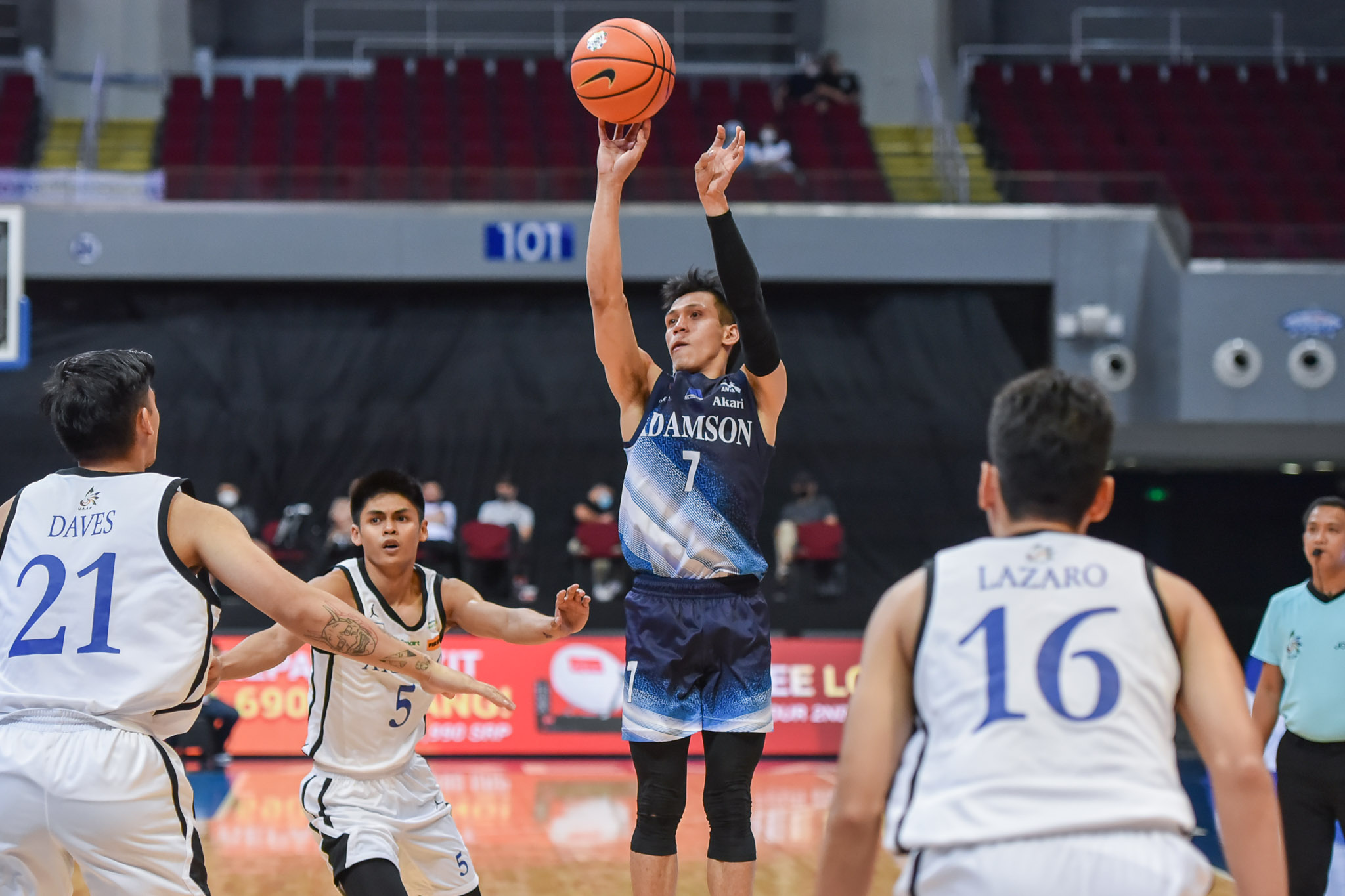 Ateneo de Manila University closed in on the elimination round sweep, disposing of Adamson University, 91-57, in the UAAP Season 84 men's basketball tournament, Tuesday at the SM Mall of Asia Arena in Pasay City.

The Soaring Falcons were able to keep in step with Ateneo in the first frame, trailing by just three at the end, 17-20.

But it was an entirely different story in the second quarter as the Blue Eagles showed their defensive prowess, limiting Adamson to just seven points, while making 20, to bring a 40-24 lead at the half.

Ateneo then put more weight in the third period, outscoring the Soaring Falcons, 25-17, to build a huge 24-point lead heading into the payoff frame, 65-41.

"I think second quarter was really telling in this game," said Ateneo coach Tab Baldwin. "They got some rhythm but second quarter, everyone went there and dug in. Halftime, coaches came up with some good adjustments. A lot of credit has to go to our bench."

Ange Kouame put on another impressive game with 18 points, nine rebounds, five assists, and three steals for the Blue Eagles.

Matthew Daves was a revelation with a career high 18 points on 8-of-10 shooting from the field in just 14:30 of floor time. Chris Koon chipped in eight points and seven rebounds and a game-high plus-23, tied with Kouame.

Gian Mamuyac, though, went out of the game at the 1:25 mark of the third period after he looked to hurt his left ankle.

Jerom Lastimosa was the lone Adamson player in double figures with 16 points on a 6-of-11 clip from the field but committed four turnovers.

The Soaring Falcons slid to 5-7 for the fifth seed, a game behind fourth-ranked Far Eastern University at 6-6.

Ateneo will face the Tamaraws on Thursday at 4:30 pm for its penultimate game of the eliminations. Adamson will battle third spot De La Salle University at 12:30 pm.