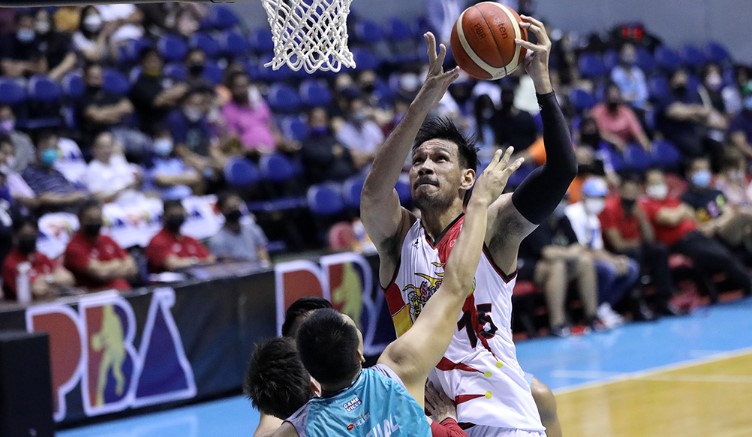 Fajardo raised P4,800 right in their first game in the season as the 6-foot-10 behemoth logged 24 points on top of 15 rebounds in the Beermen's 108-100 drubbing of the Phoenix Super LPG Fuel Masters at the Smart Araneta Coliseum.

He also dished out six assists, three blocks and one steal in a dominant performance leading the Beermen to a triumphant start in the tourney that they're determined to win.

"Hinihingi ng mga players, they themselves are saying this is our conference," said San Miguel coach Leo Austria.

"But of course we have to work hard for it," added Austria of their goal to reclaim the crown they won five straight seasons from the 2014-15 campaign.

CJ Perez (19 points and 13 rebounds) and Chris Ross (17 boards and 12 assists) had their own double-double numbers, Vic Manuel shared scoring honors with Fajardo with 24 while Brondial had his own solid statsline with 13 rebounds and nine markers as the Beermen stamped their class on the youth-laden Phoenix side.

Matthew Wright fired 22 to top score for the Fuel Masters who drew a combined output of 32 from rookies Tyler Tio and Encho Serrano with Jason Perkins putting in 15 points and 10 rebounds.

But Fajardo proved to be the biggest star on the night he launched his charity project in coordination with the PBA.

"Pagusapan pa namin kung sino ang beneficiary," said Fajardo of the project where he's putting up an additional P100,000 if the Beermen reach the finals.

But Fajardo insisted he's still focused on winning the game as he was in their victory over Phoenix.