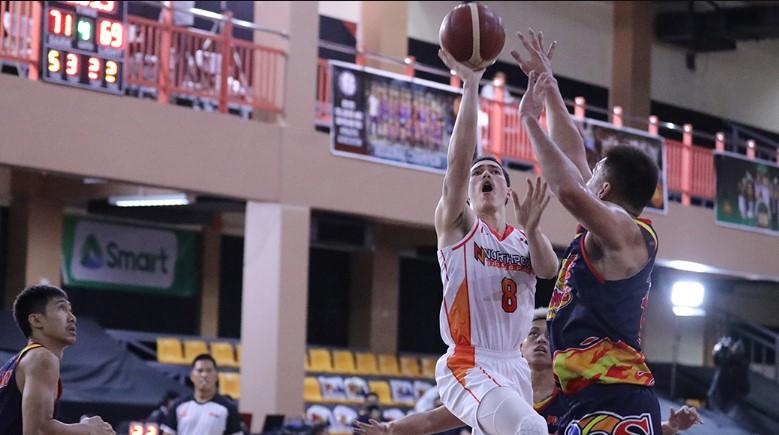 AFTER a mere escape win on opening day, Rain or Shine plays another exciting match versus debuting NorthPort as action in the PBA Season 47 Philippine Cup swings over to the Ynares Sports Center in Antipolo Thursday.

The Elasto Painters rallied from a 66-73 deficit and, behind a clutch trey from Beau Belga at endgame, stole a 79-77 win over the Converge FiberXers in the season inaugurals Sunday at the Smart Araneta Coliseum.

"With the way we ended the last conference on a low note, it was extremely important for us to come out and be able to seal the tough, gritty win," said Rain or Shine coach Chris Gavina of their triumphant season debut that could give them some momentum going to their match versus the Batang Pier.

Tipoff is at 7:15 p.m. with NorthPort stars Arwind Santos and Robert Bolick, for their part, are perked up by individual awards won in the season-end Leo Awards.

Santos, the 2013 MVP, had a fine first season with NorthPort that earned him a spot in the Mythical First Team with Scottie Thompson, Mikee Williams, Calvin Abueva and June Mar Fajardo.

Bolick, meanwhile, claimed a spot in the Mythical Second Team after contending for the MVP award as the season's stats champion.

NorthPort instead is bringing in two rookies in JM Calma and John Apacible.

NorthPort and Rain or Shine were middle-of-the-pack performers in the last all-Filipino tourney, finishing tied at sixth with identical 6-5 win-loss marks in the elims.

In the Governors' Cup, they wound up one spot apart, with the Batang Pier (5-6) finishing ninth and the Elasto Painters 10th with a 3-8 slate. (SB)(PBA)