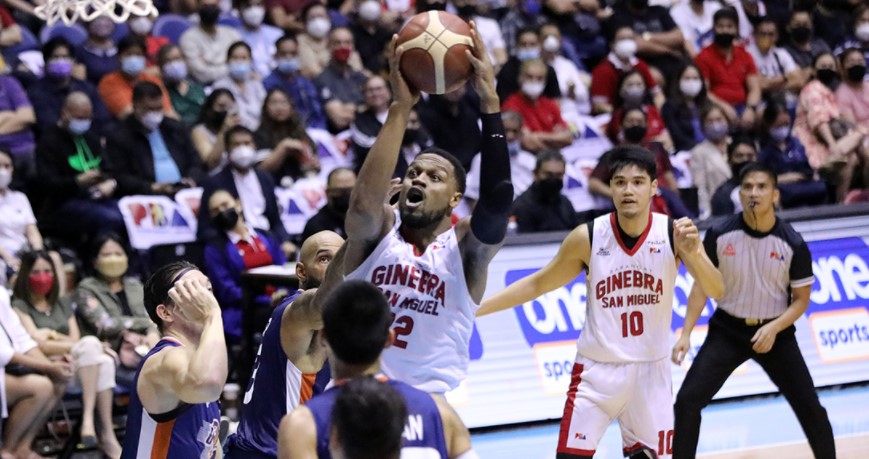 Following his 40-point explosion in Barangay Ginebra's 115-110 win over Meralco in Game 5 of the Governors' Cup finals, Brownlee again put himself in the league's record book by becoming the first import to register 400 three pointers in PBA history.

The reigning Best Import nailed 5-of-7 from downtown in yet another display of his shooting range that allowed the defending champions to take over the best-of-seven series, 3-2, and move a win away from retaining their title.

Brownlee, 33, also had 11 rebounds, five assists, and two block shots, while shooting 13-of-17 from the floor.

His 40-point output also happened to be the most by any import in a finals since Terrence Jones of TNT Tropang Giga poured out 41 in a losing effort against San Miguel, which clinched the 2019 Commissioner's Cup title with a 102-90 win in Game 6.

At the same time, Ginebra's resident import is expected to surpass the great Billy Ray Bates at no. 5 in the all-time scoring among imports as he is just nine points shy at 4,514 points from moving pass the 'Black Superman' who has a total career points of 4,523 playing for Crispa and Ginebra.

Brownlee's five three pointers was also part of the 16 three pointers made by the Kings, which equal their all-time franchise record for the third time, according to PBA chief statistician Fidel Mangonon III.

The last time Ginebra had such number of treys came in its series-clinching win over NLEX in Game 4 of their semifinals series which the Kings won, 112-93.

Game 6 of the Ginebra-Meralco title series is set Wednesday at the Smart Araneta Coliseum. (RG) (PBA)