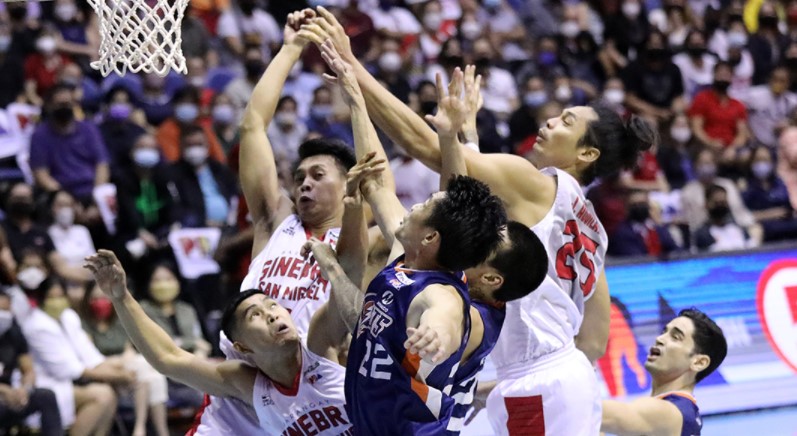 FROM a welcome three-day breather, Barangay Ginebra and Meralco resume their showdown in what is now a virtual sprint race.

Both protagonists set out for the Easter Sunday run hoping for a good start right from the starting block and a sustained effort and energy in a fight for the pivotal 3-2 lead in the PBA Governors' Cup best-of-seven title playoff.

They duke it out to break a tie yet again at 6:30 p.m. at the Smart Araneta Coliseum after splitting the first four games in a seesaw affair.

And this could be the real turning point.

"It's basically, whoever gets the next game is going to have a leg up. It's a huge difference," said Ginebra coach Tim Cone.

They're practically starting from scratch with the series standing at 2-2 and the two teams coming from a three-day break.

The question is which team has got to prepare their players better physically and mentally for the closer of what has turned to be a war of attrition.

"We're trying to win a championship so your performance on the court, your production on the court will determine whether you win or not. Hopefully, we'll be ready on Sunday," said Meralco coach Norman Black, ruing the lack of energy from their side in their 95-84 loss in Game 4.

History is on the Kings' side as they have beaten the Bolts in each of the first three installments of the Ginebra-Meralco Governors' Cup finals rivalry.

Ginebra is pushing for four in a row largely behind the quartet of Justin Brownlee, Scottie Thompson, LA Tenorio and Christan Standhardinger with their other big stars dealing with health issues.

Japeth Aguilar returned to play some minutes in Game 4. He would be a big, big plus for Ginebra if he's able to strut his old stuff in the closing games of the series.

The Kings stayed in the thick of things with their Game 4 fightback.

"We were playing for our lives in that game...now it's a best-of-three series, it's equal," said Cone.

Black was disappointed but wasn't disheartened by their Game 4 defeat.

The Bolts have shown their own ability to bounce back from a loss. Tony Bishop, Chris Newsome, Allein Maliksi, Raymond Almazan, Cliff Hodge at Aaron Black go for that in an attempt to regain series control and a shot at a clincher Wednesday.

Game 7, if necessary, is Friday at the MOA Arena in Pasay City. (SB) (PBA)