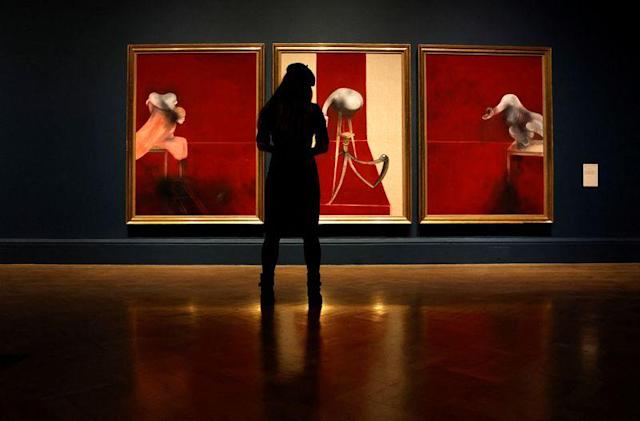 A new exhibition opening in London explores how Francis Bacon drew on photographs of animals, such as the scream of a chimpanzee, for his sometimes unsettling depictions of people.

Irish-born Bacon was one of the most acclaimed artists of the 20th century, known for his idiosyncratic approach to the human figure.

The exhibition, at the Royal Academy of Arts, aims to show how he believed the line between humans and animals and their forms and instincts could be blurred..

Bacon, who died in 1992 aged 82, was the son of a horse breeder who made wildlife trips to South Africa and studied animal photography for inspiration.

The exhibition spans Bacon's 50-year career, featuring early canvases as well as his final work, alongside a trio of bullfight paintings which will be exhibited together for the first time.