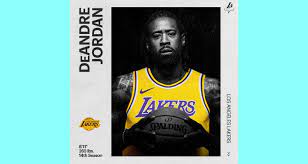 Bouncing around like he was at a sparring session, Mein hoped to catch Jackson napping with quick attacks from distance. Jackson, however, brilliantly countered when Jordan got too close, landing a right hand that sent the UFC vet backpedaling to the fence.

Mein engaged more directly in the second, and he paid for it when he took a leg kick that forced him to switch stances. Mein looked for better luck with a takedown, but Jackson stayed upright and began to absorb more and more damage. Jackson’s combinations were faster and more accurate, and a late takedown put an exclamation point on the frame.

Jackson attacked his opponent’s hurt leg from the start of the final frame, making it more difficult than ever for Mein to generate power for his strikes. A takedown attempt was easily stuffed by Jackson, and a right hand put Mein down. Getting up slowly, Mein did his best to muster an offense, but his body struggled to cooperate. A last-ditch throw attempt ended with Jackson on top, smothering Mein to the final bell.

The final scores were all 30-27 in favor of Jackson, who picked up his second straight win. Mein goes back to the loss column after two wins in the UFC.