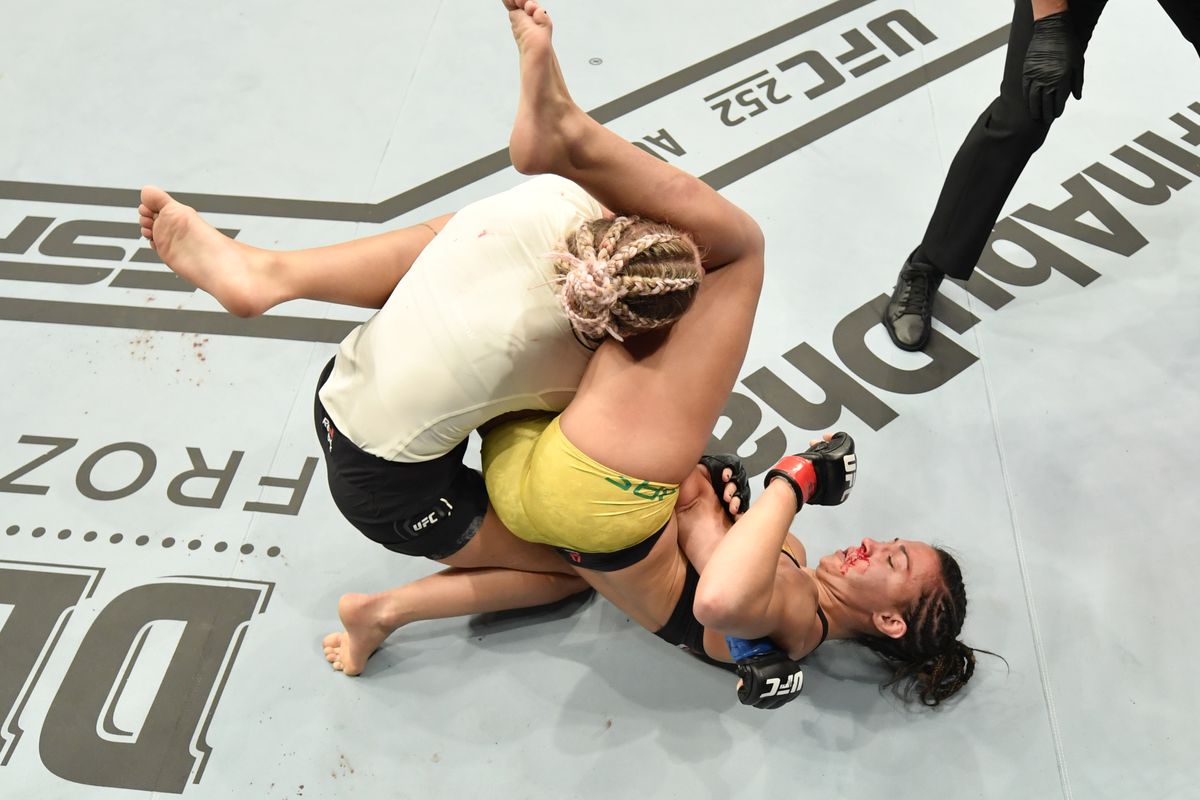 The hype surrounding Amanda Ribas only continued to grow following her latest win at UFC 251.

Moving up to flyweight for the night, Ribas needed less than three minutes to take Paige VanZant down to the ground before wrapping up a nasty armbar submission to earn her fourth straight victory inside the octagon.

“I think this fight I can prove for myself, for the world, it doesn’t matter who you are, it matters what you want to do with your life,” Ribas said following the win. “I have a big heart. Because of that, I put all of my energy into whatever I do.”

Ribas was a heavy favorite going into the fight but she still had to deliver with her performance. After getting locked up in the clinch early, the Brazilian latched onto a head and arm throw to bring VanZant down to the ground.

From there, Ribas was methodical with her transitions as she waited for the right opening as VanZant tried to make her escape. As the fighters scrambled on the mat, Ribas quickly moved into position to grab onto the arm before falling down to her belly to lock up the submission.

VanZant tried to find a way out but as the arm extended even further, she had no choice but to tap out or risk further damage. The end came at 2:21 in the first round.With another statement win on her resume, Ribas promised that she will be returning to strawweight for her next fight with hopes of another marquee opponent to add to her resume.

“I’m asking to the UFC, give me a big fight again,” Ribas said.

As for VanZant, she suffers the submission loss in what was the final fight of her current contract with the UFC as the 26-year-old flyweight expects to test free agency later this year once her deal officially expires.