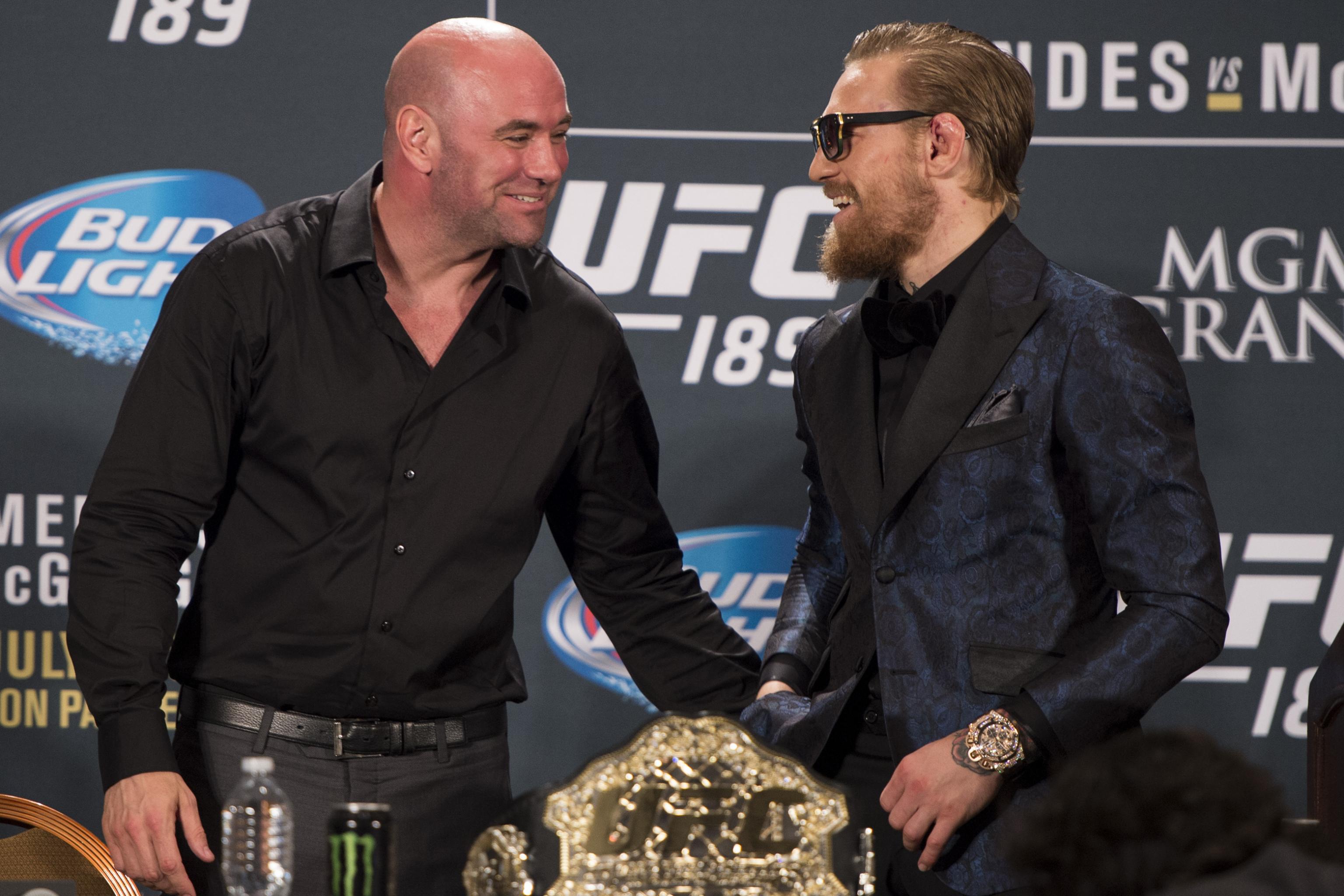 Conor McGregor might be frustrated over his lack of options right now, but Dana White says the only one to blame is the man in the mirror.

This past Saturday night, McGregor made a surprise announcement that he was retiring from the sport and the later explaining that he was upset about the potential opponents awaiting him in the UFC. According to McGregor, he wanted a showdown with Justin Gaethje after he defeated Tony Ferguson to become interim lightweight champion at UFC 249 but his wish wasn’t granted.

Instead, Gaethje will now move onto face Khabib Nurmagomedov later this year.

Now the UFC president is firing back while claiming that McGregor had an opportunity to compete at UFC 249 in May but he wasn’t interested.“He wants to fight Gaethje. Gaethje just won to get the fight with Khabib,” White explained when appearing on ESPN’s First Take on Tuesday. “He just beat Tony Ferguson. Conor had the opportunity to slide into that spot if Khabib or Tony fell out.

“He came back and said ‘I’m not a replacement fighter, I’m not going to do it.’ He would be in that position now if he took the fight. He didn’t, Gaethje did so Gaethje gets it.”

White previously stated that he felt like McGregor’s best option was sitting and waiting to face the winner of Nurmagomedov vs. Gaethje but the Irish superstar obviously had other ideas.

As the sport’s biggest star, McGregor might have the most leverage of any fighter on the UFC roster but White says he’s not getting what he wants this time.

“Conor McGregor is frustrated right now because I mean look what’s going on,” White said. “Look at what we’re pulling off. We’re literally just going to Yas Island right now to pull off these fights because the hardest thing to do right now is to get people into the country from other parts of the world. We are a true global business. We’re the only one pulling off live sports right now. If I continue to do fights in the United States, I’m going to burn out all my American talent.

“Now we got Yas Island ready to go, it’s set up. This is just a matter of Conor being frustrated I think in that he can’t get what he wants right now. It’s just not possible.”

It remains to be seen if McGregor will stick to his guns after previously announcing his retirement on two different occasions.