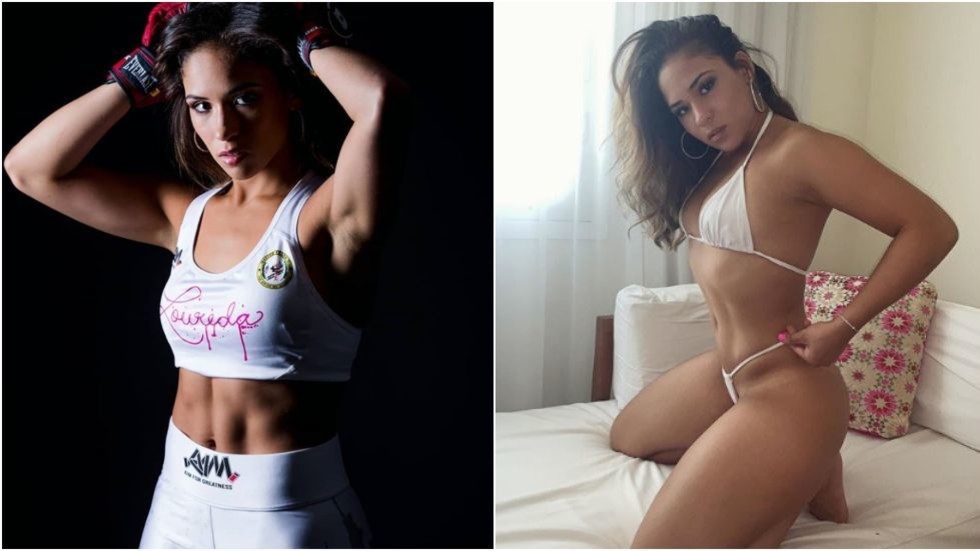 UFC bantamweight Macy Chiasson has accused fellow fighter Valerie Loureda of "selling sex not MMA," as the pair clashed over ideas of "femininity" after Loureda posted a racy dance clip on her social media accounts.

Bellator flyweight Loureda, 21, has picked up two wins from her two pro career bouts to date, but boasts a growing online following that defies her fledgling status as a fighter.

It was the latest of those posted this week - which features Loureda at training, dancing in front of the camera - which sparked an angry response from UFC star Chiasson.

Sharing the clip on Twitter, the US fighter wrote: "Lol I f*cking can’t anymore.

"Is this the message we want to continue to convey to not only our future leaders but to the disgusting already misogynistic dudes out here.

"Are we here to fight and be role models or are we here for male followers and strip teases. #bringwmmaback"

Taekwondo specialist Loureda has been out of action since last June, when she defeated Larkyn Dasch at Bellator 222.

She took an 11-week hiatus from training last year to appear on reality TV show 'Exatlon Estados Unidos', which is broadcast on American Spanish language network Telemundo and features athletes, celebrities and everyday people competing in a series of challenges.

The budding flyweight star was due to make a comeback at Bellator 238 in January, but was forced to withdraw due to injury. RT