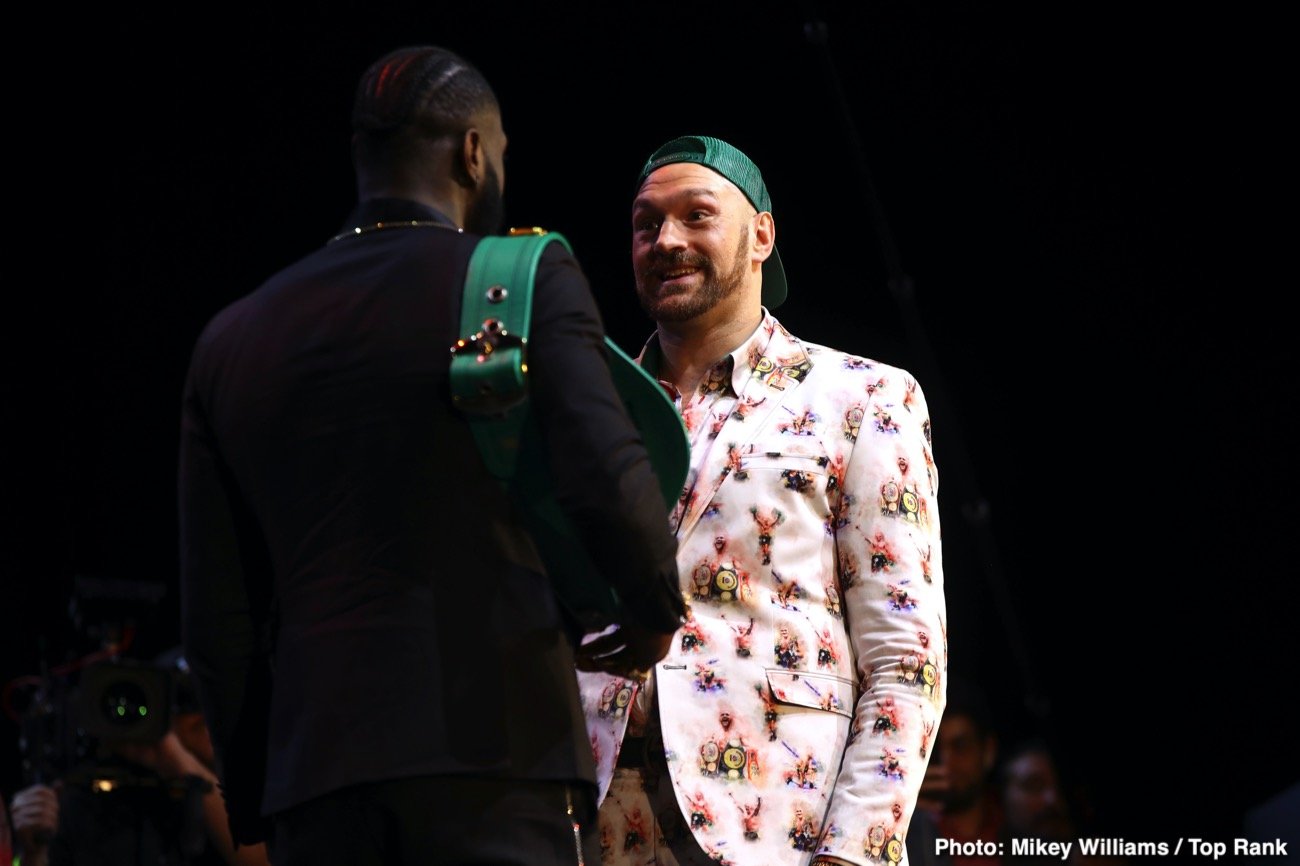 The promo, hyping the February 22 rematch that will take place in Las Vegas and will go out on ESPN in the U.S, on BT Sports in the U.K, sees “The Baddest Man On The Planet” comparing fierce puncher Wilder to some sort of devil, slick boxer Fury to some sort of non-angel.

The promo starts out with the youngest ever heavyweight champ uttering one of his most famous lines: “Everyone has a plan until they get punched in the mouth.” The shaven-headed Tyson looks right into the camera at the audience and continues speaking as footage of the epic December 2018 draw between Fury and Wilder rolls; that astonishing 12th round in particular:

“Wilder destroyed him, unleashing hell, the wrath of the devil in gloves. He baptised him. But Fury’s no angel. Angel’s don’t come back. He had too much guts. Fury’s resurrection changed the fate of two fighters forever.

“Everyone knows what’s coming. But no-one knows how it’s going to go.”

Still now, 14 months after the fight, people are still at a loss as to how Fury, 29-0-1(20) managed to get up from that brutal knockdown in round-12. Cracked by two savage head shots by Wilder, 42-0-1(41), a man many are saying just might be THE hardest hitting heavyweight in history, Fury hit the deck, was flat on his back, his eyes shut. But then, as Tyson reviews in the new promo, he came back, he was resurrected.

It’s a powerful piece of work and the promo really does get the blood pumping. Who knows for sure what will happen in just under two weeks at The MGM Grand in Fabulous Las Vegas? Absolutely no-one. As Tyson says in closing.

Now this is how you SELL a fight! It’s unfinished business and neither warrior can wait. Neither can Mike Tyson.