Dominick Reyes responds to Jon Jones callout: ‘I hope he makes it to the fight’ 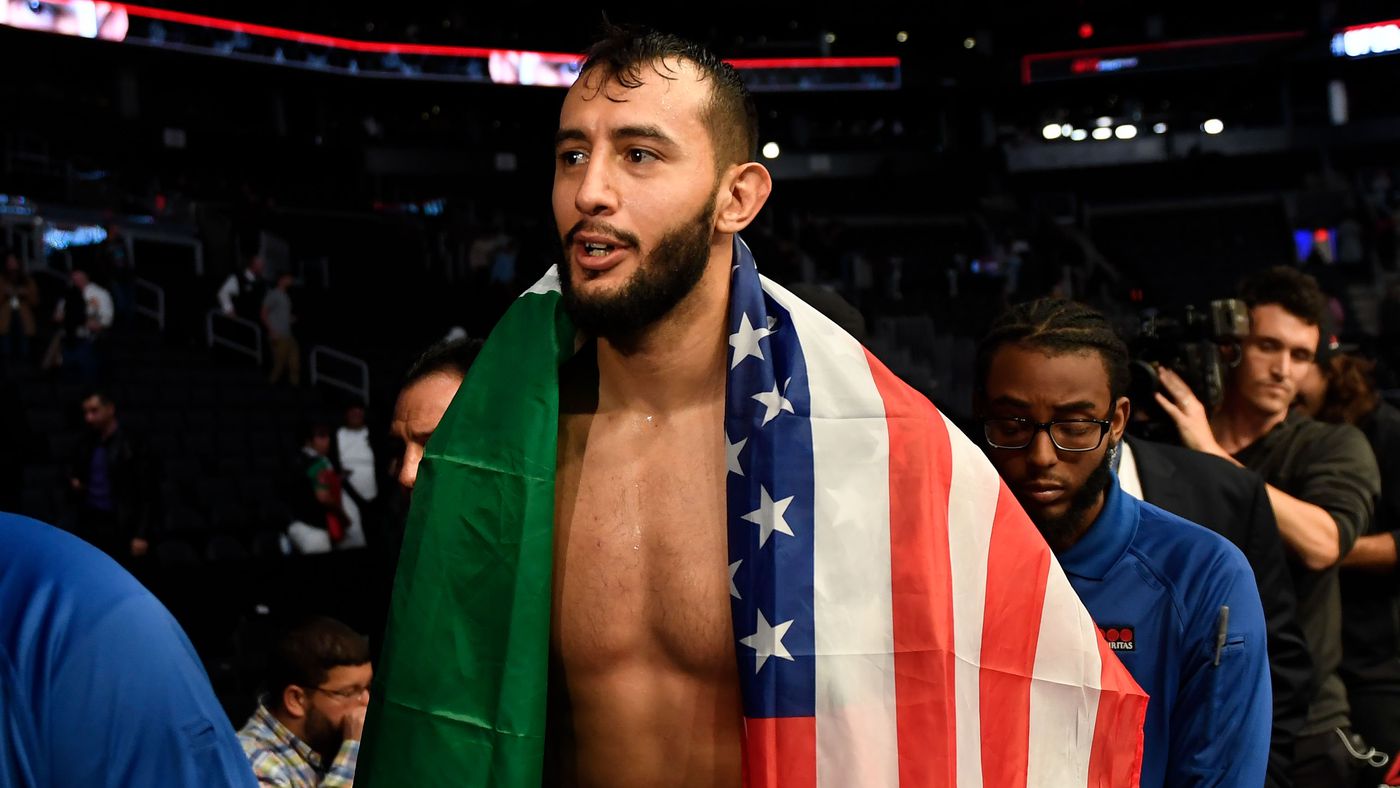 Earlier this week, reigning UFC light heavyweight champion Jon Jones declared his next title defense would be against streaking contender Dominick Reyes, who recently disposed of Chris Weidman at UFC on ESPN 6.

Reyes, who beat Weidman via first-round KO in his highest profile win to date, responded to Jones’ Tweet in an exclusive interview with MMA Fighting, claiming that ‘Bones’ is a liability whose word can’t be trusted.

“I wasn’t really surprised,” Reyes said of Jones’ declaration. “I was like all right, now we’ve just got to get a contract. I live my life step-by-step. It was like beat [Chris] Weidman, check. Get Jones to fight you, all right cool. Now actually sign the contract. That’s the next step. It’s another little barrier I’m getting over.

“I don’t really celebrate until after the fight, especially with this guy. I hope he makes it to the fight. It’s a big concern of mine. This guy’s a liability. So we’ll see.”

The undefeated UFC light heavyweight contender followed up by calling Jones one of the biggest trolls in MMA.

“He’s really turned into quite the troll,” Reyes. “That’s all I’ve got to say about that. He goes online just to get a raise out of people and then he does completely different from what he says. I think he’s doing it just to mess with people to be honest.

“I’m ready to go. We’ve just got to get that contract now, sign it up and champ camp begins.”

Reyes, who is currently ranked #4 in the UFC’s official light heavyweight rankings, would like to fight Jones on the same card as UFC megastar Conor McGregor, who is expected to return to the Octagon against Donald ‘Cowboy’ Cerrone in January, 2020.

“I’d fight him Jan. 18 in Vegas,” Reyes said. “Put [Conor McGregor] on the co-main and that sells the fight. Either way is fine with me, I just need to know. What day’s it going to be? March, April doesn’t sound too bad. I have a birthday in December but I have no problem sacrificing my birthday, Christmas, New Year’s and all that for my shot at Jon.”

If Jones is serious about defending his title against Reyes, expect an official fight announcement in the coming weeks.