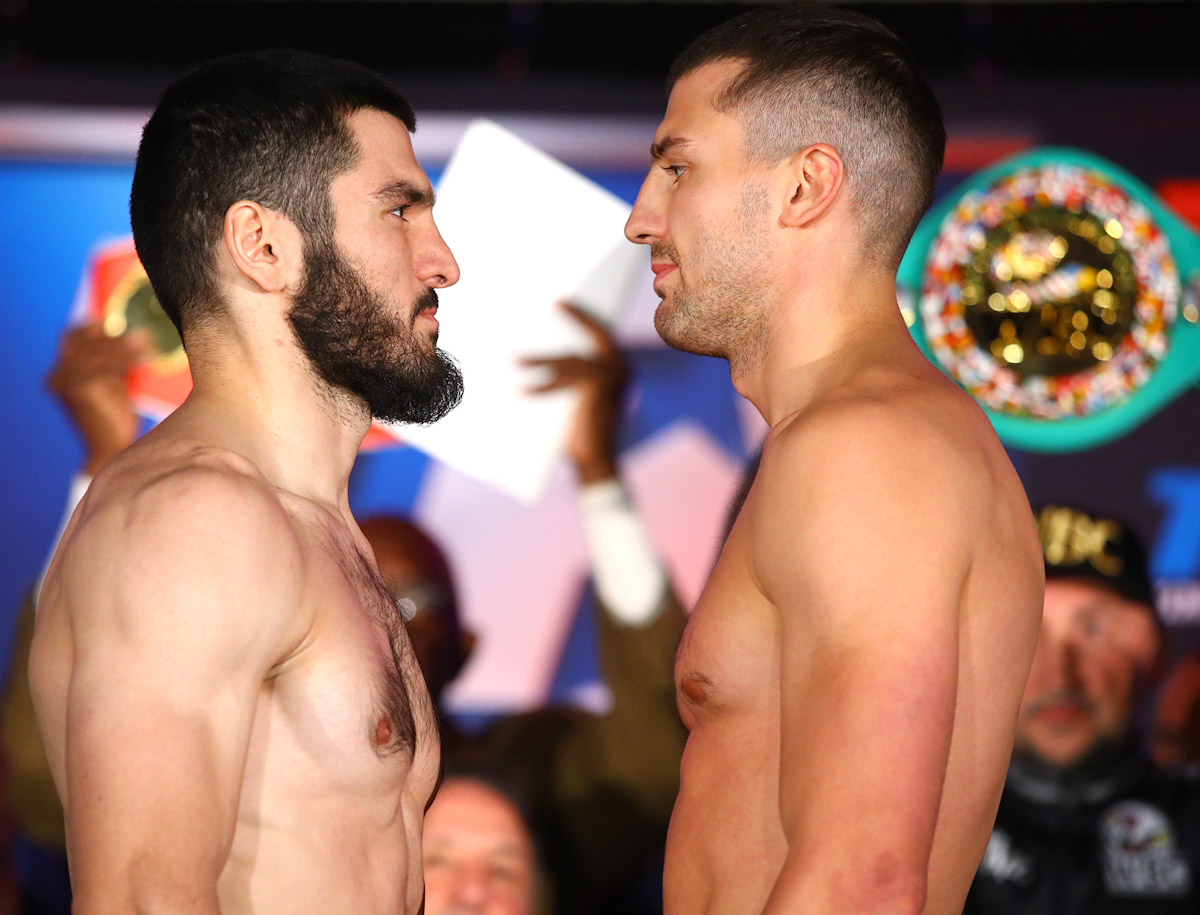 Beterbiev and Gvozdyk will add to the city's light heavyweight legacy Friday evening at the Liacouras Center, a throwback battle befitting a storied fight city.

Before the two combatants posed for photos and faced off at Peltz's office/museum, they participated in a media roundtable. This is what they had to say.

On working with Teddy Atlas

“Teddy demands a lot of his fighters, and I am fine with that. Training camp is supposed to be hard, and we worked together to come up with the necessary game plan to beat Beterbiev.”

"Teddy is very picky, very particular, and this is what you need. Sometimes, you cannot right yourself. Sometimes, you think you're too tired, sometimes you want to work more, but Teddy knows exactly what you're supposed to do. And there is no place for argument. First of all, he is a good person because when I met him, I realized that. Like I've said a lot of times before, this type of person is already under extinction, probably even non-existent anymore. From his professional qualities, besides his qualities as a human being, he's very smart, he has over 40 years in this business, and he never loses any small details, which is really important."

"First of all, my dream is to become undisputed champion. This is the first step, and this is the necessary step. And the second thing is, this is what fans like to see. They don't want to see champions fight some opponents or journeymen. Tough fights, which fans like to see. For me, it's a big challenge."

"Camp couldn't be better. We got to where we want to be. You gotta go in there Friday night and execute, but everything is in place. Couldn't ask for more."

On moving training camp to Philadelphia

First of all, we didn't have to acclimate to the time difference because we'd be in the same time zone, and being that the weather would still be good, there was no problem with training here on the East Coast. Sometimes, you have to worry about bad weather with training on the East Coast. We didn't have to worry about that. And not having to get on a plane and go across the country on the Sunday before the fight was a nice thing."

"If there are moments to take bigger bites in this fight, we're going to take them at whatever time that is. If it's early, it's early. If it's late, it's late. If it's middle, it's middle. He's got great judgment and instincts, and we've put that in place, and I know we can depend on that judgment and those instincts when it's time to take a bite, small or big. We never want to get greedy. You never want to get greedy, especially with a puncher."

"I think this fight's a little different than maybe some people envision it. It's not going to be exactly the same as the Stevenson fight because we have a guy where there's going to have to be moments... put it this way, there's going to have to be moments to take bigger bites with this guy. And that doesn't mean getting sloppy or careless or greedy, but it means what it means."

On the amateur fight he won against Gvozdyk

Has Gvozdyk changed as a fighter since then?

"I think so. I changed. He changed. Everybody changed. His face changed, too. A little more hair."

On starting to train in Russia before moving camp to Montreal

"I went to Russia just for vacation, but I wanted to be, like, active. I went to altitude. I used to {train} there when I was an amateur boxer. I had a good camp there. It was like preparation for our camp {in Canada} for eight weeks."

On his past promotional difficulties and extended layoffs

"It was a difficult time, but I don't want to talk about the past. I think the future is more happy. It's hard when you have court and you have to train and be active. It's hard, but I did that. Now, I have 100 percent time to focus on my fight and my career."

"I'm not going to expose my tactics for Friday night today, but the thing is, when you go into a big fight like this, it's important that you're not surprised by anything. This is what we prepared for in the gym, technically, tactically, all aspects of boxing, like speed {and} power. We're going to bring everything to the table on Friday."

"We asked our management if we could have {unification} fights right away. This is what Artur wants, what I want as a trainer, and everybody wanted to go in this direction. I don't know what happened behind the scenes, but I know it wasn't very difficult looking back with this fight on the table. We said 'yes' right away, first day {it was offered}."

Promoted by Top Rank, in association with Peltz Boxing, tickets priced at $150, $90, $75 and $50 (not including applicable fees) can be purchased at the Liacouras Center Box Office, www.liacourascenter.com or charge by phone at 800-298-4200.  PR