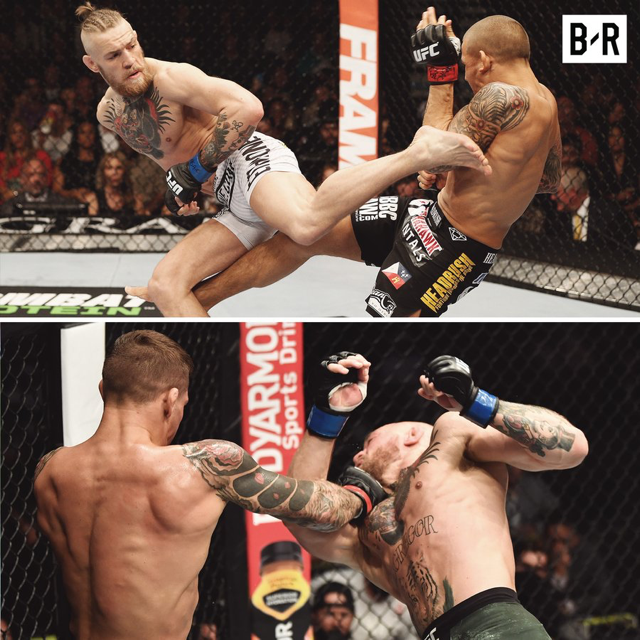 Dustin Poirier uncorked a series of shots to pull off the biggest win of his career. Poirier continued the assault and dropped McGregor with a right hook. in the main event of Saturday's UFC 257.

Poirier had other plans in mind, using destructive calf kicks to soften McGregor up before finishing him with a barrage of punches to score a TKO at the 2:32 mark of the second round.

Seeing he had McGregor in a vulnerable state and weakened, Poirier stunned McGregor with a left hand.

"We knew (McGregor's) counter-twos was some of the best in the game," Poirier said. "But I just don't give f—k. I'm here to win."

For McGregor (22-5), it is his second loss in his last three fights, and he is now 1-2 competing at 155 pounds. He gave Poirier all the credit for his performance. McGregor also conceded that he needs more cage time to compete against the best at 155 pounds.