It's Official : Logan vs Mayweather to fight on February

It's Official : Logan vs Mayweather to fight on February 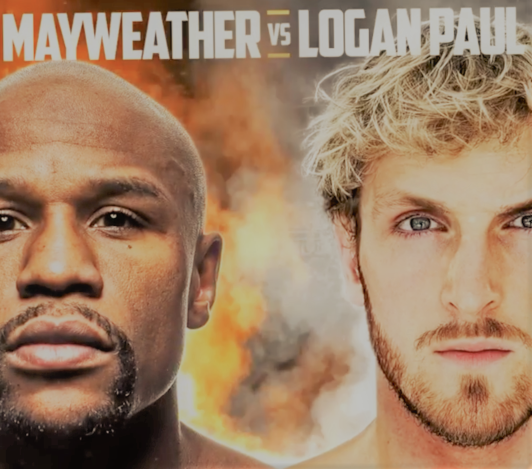 Boxing Icon Floyd 'Money' Mayweather will fight Logan Paul in an exhibition bout on February 20, it has been confirmed. The undefeated American, who boasts a stunning 50-0 record, has not fought since his New Year's Eve exhibition in Japan back in 2018, where he knocked out Tenshin Nasukawa in one right.

Mayweather was rumoured to take home a guaranteed $5million in addition to 50 per cent of all PPV sales if he fights Youtube Sensation Logan Paul, meanwhile, would pocket $200,000 plus five per cent of PPV sales.

"This is the coolest thing in the world. I get to grace the ring with one of the best boxers of all time and attempt to take his head off.

"But I didn't take it for free, I'm going to make a good amount."

He has responded to those claims on 'Impaulsive' podcast and said: "Everyone wants to know about the money for this fight.

Logan Paul has revealed he will be paid far more for fighting Floyd Mayweather than initially reported - but he'd have 'done it for free.'

Podcast co-host Mike Majlak delved a little deeper into the numbers and added: "Eight figures - you're not going to say it, but eight figures."

"Now Dana has grouped us together which sucks. I love Dana White, I love the UFC. Now Dana thinks we're the same person.

"We're so different. I love the UFC fights. I want to do a UFC fight one day. I'm not saying now, let me get my skills up. Dana, take me back.

"I'm not Jake! Please. Bro, he's given me tickets to go to UFC fights before. F*ck! F*ck! I love Conor McGregor dude."