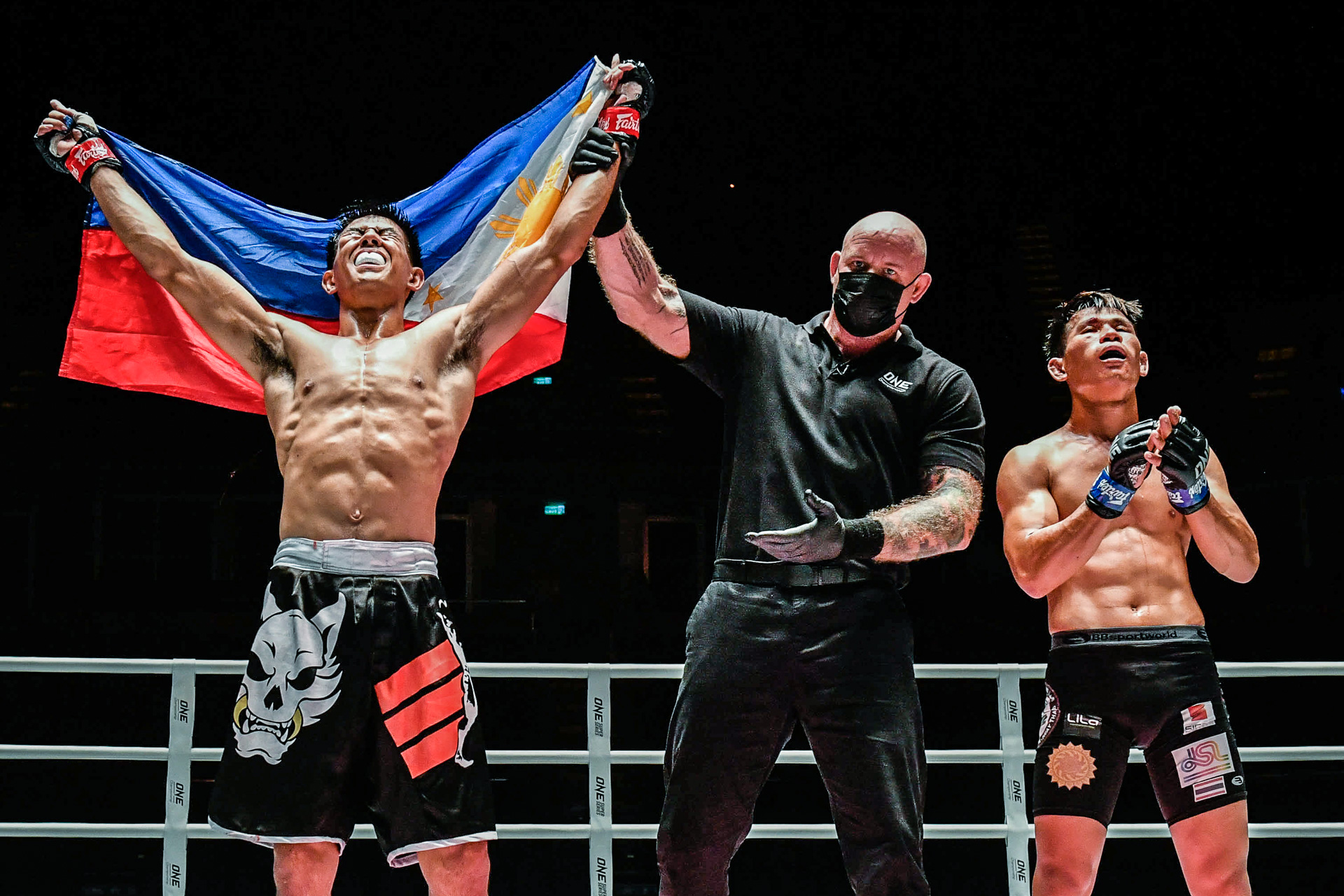 Zamboanga is fresh off a successful campaign in Bangkok where he made his ONE Championship debut.

But despite the win, “T-Rex” highlighted the difficulties in training camp, having had to move from Pattaya where he and his younger sister Denice trained at Fairtex. Due to the lack of an established training facility, and the required sparring partners, Zamboanga says he was barely ready to head into the biggest fight of his career thus far.

As a result, he appeared sluggish all throughout the contest and was far from satisfied with his performance.

“Having a good place to train is so important in MMA. We just train where we can here in Bangkok. Having a lack of dedicated training and sparring partners, as well as facing a little bit of ring rust, I felt sluggish heading into this one. It’s not easy adjusting to the new weight system. I think I had a little too much ice cream before the fight. I felt so heavy and slow,” said Zamboanga.

“The situation was difficult but we made some adjustments and the three of us just found ways to train whenever and wherever we could. Somehow, we were able to condition ourselves well enough to give a good performance. It wasn’t easy.”

Prior to making his debut in ONE Championship, Zamboanga was a national champion in his native Philippines, competing for local mixed martial arts promotions. After signing with ONE, Zamboanga knew he had to adjust to his new promotion’s unique weight and hydration system.

“Adjusting to the weight and hydration system of ONE Championship, it was totally different from what I was used to in my career, in a good way,” said Zamboanga.

“Thankfully, I was able to make the weight and I was hydrated. The first few weeks of camp were a bit rocky because I was still trying to figure things out. The last week was when I was able to piece it all together and it got easier from there.”

Against Detchadin, Zamboanga showcased the well-rounded game he has become known for. Although he wanted to test himself in the striking department against an opponent he knew would give him a good challenge, Zamboanga ultimately ended up bringing the action to the ground where he had the advantage.

Once he made this key adjustment to his strategy, Zamboanga almost instantly locked up the rear naked choke and completed the submission.

“My plan was to trade strikes with him, knowing that Thai fighters are all great in the stand up. But I didn’t expect him to be so strong and durable. In the second round, I switched things up and wanted to test his grappling, which is why I was able to get the submission,” said Zamboanga.

“I was surprised he gave up the back so easily. The rear naked choke was there and I took it. Once the choke was in deep, I knew I had it.”

Zamboanga currently remains in Bangkok with sister Denice and their friend and training partner, Fritz Biagtan. The trio continue to train in the Thai capital while they are still unable to return to Manila due to border restrictions caused by the global health crisis.

“I’m heading back to the gym and have a lot of adjustments to make. There were a lot of things I wasn’t happy with in my performance. My guard was way too low, and I didn’t have that head movement. I was also a little flatfooted in there. I have to make adjustments to my diet too, and not have so much ice cream and cheat days,” said Zamboanga.

“I’m so happy I was able to get the win. Getting the opportunity to compete, especially in these times, is a blessing. I’m lucky I can continue to do what I love to do, training and competing. ONE Championship is such a different environment from my previous experiences. They treat their fighters well.”