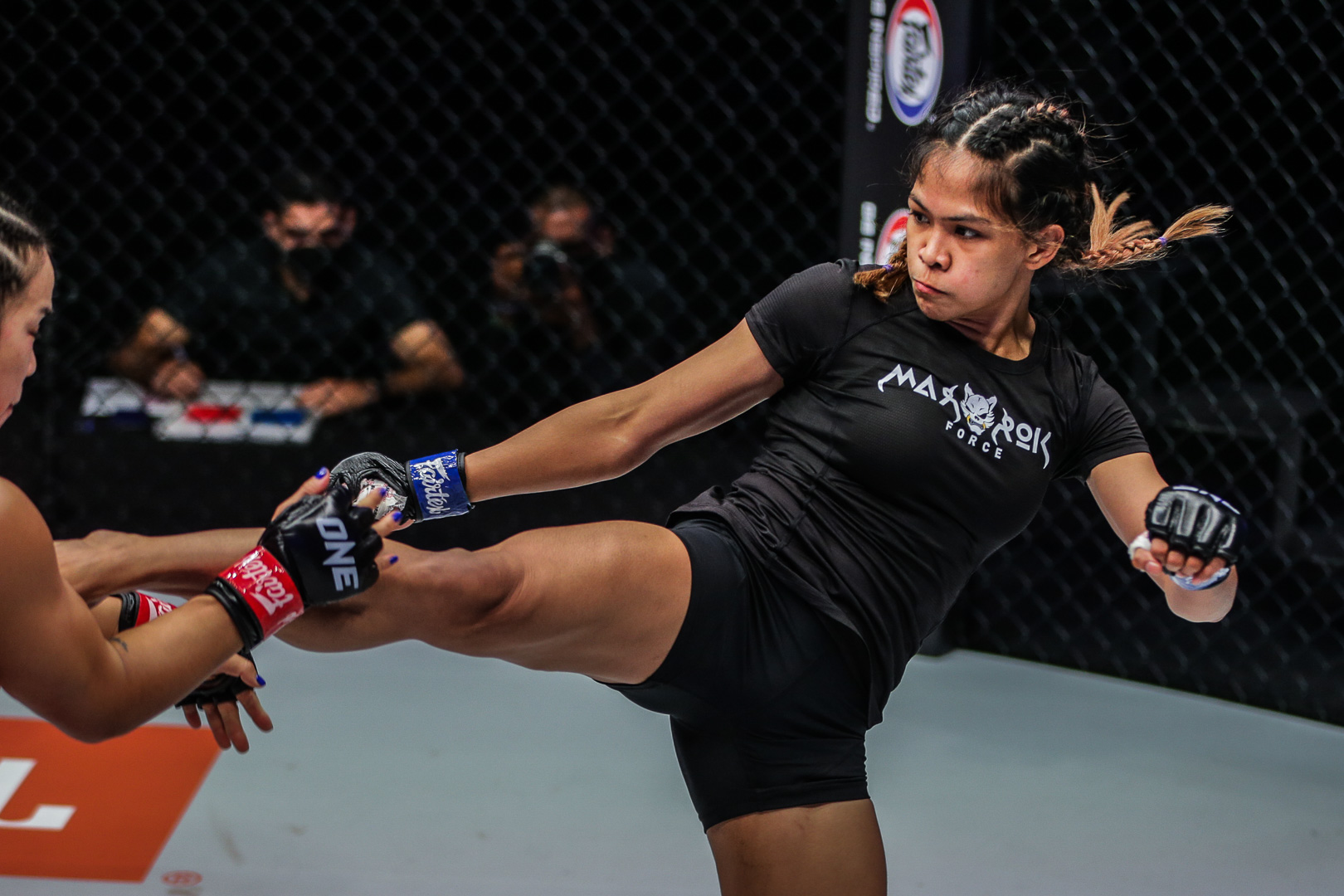 Stamp, the no.1-ranked women’s atomweight contender, will take on no.5 fighter Jihin Radzuan at ONE Fight Night 2: Xiong vs. Lee III on the morning of October 1 at the Singapore Indoor Stadium.

Zamboanga, who’s ranked no.3 in the women’s atomweight standings, said Stamp is not just a pure striker and is now a well-rounded mixed martial artist capable of finishing anyone on the feet or the ground.

Although Stamp is a former ONE Women’s Atomweight Muay Thai and Kickboxing World Champion, she’s made leaps in the grappling department. Zamboanga, a natural grappler, feels the Thai superstar has all the tools to either knock out or submit Jihin in Singapore.

“A hundred percent finish! Stamp is now a complete fighter and she can do it on the ground and standing up. You saw her fight against Angela Lee and how much she’s improved since. She’s hungry especially after coming off a loss,” said Zamboanga.

Stamp had the biggest fight of her MMA career when she challenged Lee for the ONE Women’s Atomweight World Title in the main event of ONE X this past March.

The Fairtex Gym fighter nearly finished Lee with a stinging shot to the body but the atomweight queen showed her pedigree and submitted Stamp in the second round.

Nevertheless, Zamboanga believes Stamp had improved tremendously since that loss.

“She’s focused and she can now control the fight on the ground. That’s why I believe that whether the fight goes down to the mat or stays standing up, Stamp will take the win. She has this hunger and I know she’ll use that to redeem herself,” said Zamboanga.

“She did so well in her last fight that’s why I know that Jihin will face a much-improved Stamp Fairtex.”

Zamboanga believes Lee made Stamp a better a fighter

Stamp, who has a purple belt in Brazilian Jiu-Jitsu, was on a three-fight winning streak before her loss to Lee at ONE Championship’s 10th-anniversary show. While the defeat was such a huge setback, Zamboanga knows that Stamp walked out of the Circle a better fighter than before.

Zamboanga knows that fighting Lee was already a momentous occasion for Stamp and getting a near finish against “Unstoppable” was a confidence booster for her friend.

“That’s her biggest fight and she’s been a fan of Angela’s since the start. Fighting Angela was on her bucket list as an athlete, that's why when that match happened I saw just how hungry she was,” said Zamboanga.

“We all saw Stamp’s start in Muay Thai and kickboxing but now she’s shown to the world that she can do it in MMA. These are different dimensions but she’s excelled in all three of those sports.”