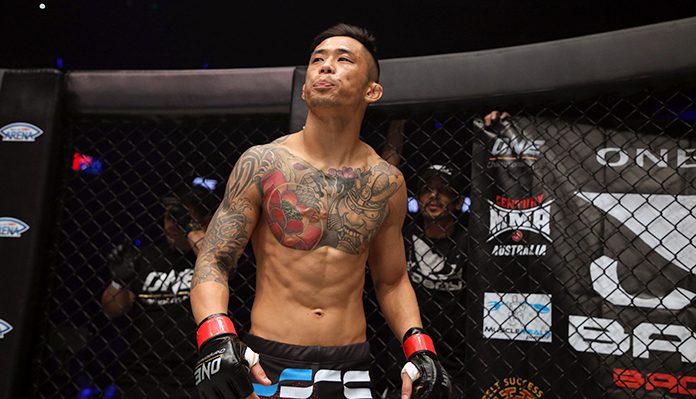 Former two-division ONE World Champion and current #3-ranked featherweight contender Martin “The Situ-Asian” Nguyen is working his way back into World Title contention and wants the best available matchup for his next fight.

Following a tough stretch, the Vietnamese-Australian superstar is coming off a third-round technical knockout of promotional newcomer Kirill Gorobets at ONE: LIGHTS OUT in March.

It was a vintage showing for Nguyen, who snapped a two-fight skid with the dynamic performance.

Now, he’s hoping to make an even bigger statement and gain some redemption against #2-ranked featherweight “The Fighting God” Kim Jae Woong.

“The Situ-Asian” told ONE Championship:

“For me, what makes sense for the division is fighting the next guy in line, which will be that rematch against Kim Jae Woong since he hasn’t got an opponent. Or if someone who’s out of the top five, I’ll jump in now, obviously. I’ll put my hand up for that.”

Nguyen and Kim first met at ONE: REVOLUTION in September 2021.

“The Situ-Asian” was looking to bounce back after surrendering the featherweight belt to Thanh Le, but he made a critical error and got caught with a bludgeoning right hand from “The Fighting God,” which led to a first-round KO defeat.

Finally back on track, Nguyen believes things would be different in a second meeting with Kim.

He considers himself a much-improved mixed martial artist who’s reinvented his style to become more patient, calculated, and adaptable – whether that means utilizing his famed striking skills or showcasing more of his grappling.