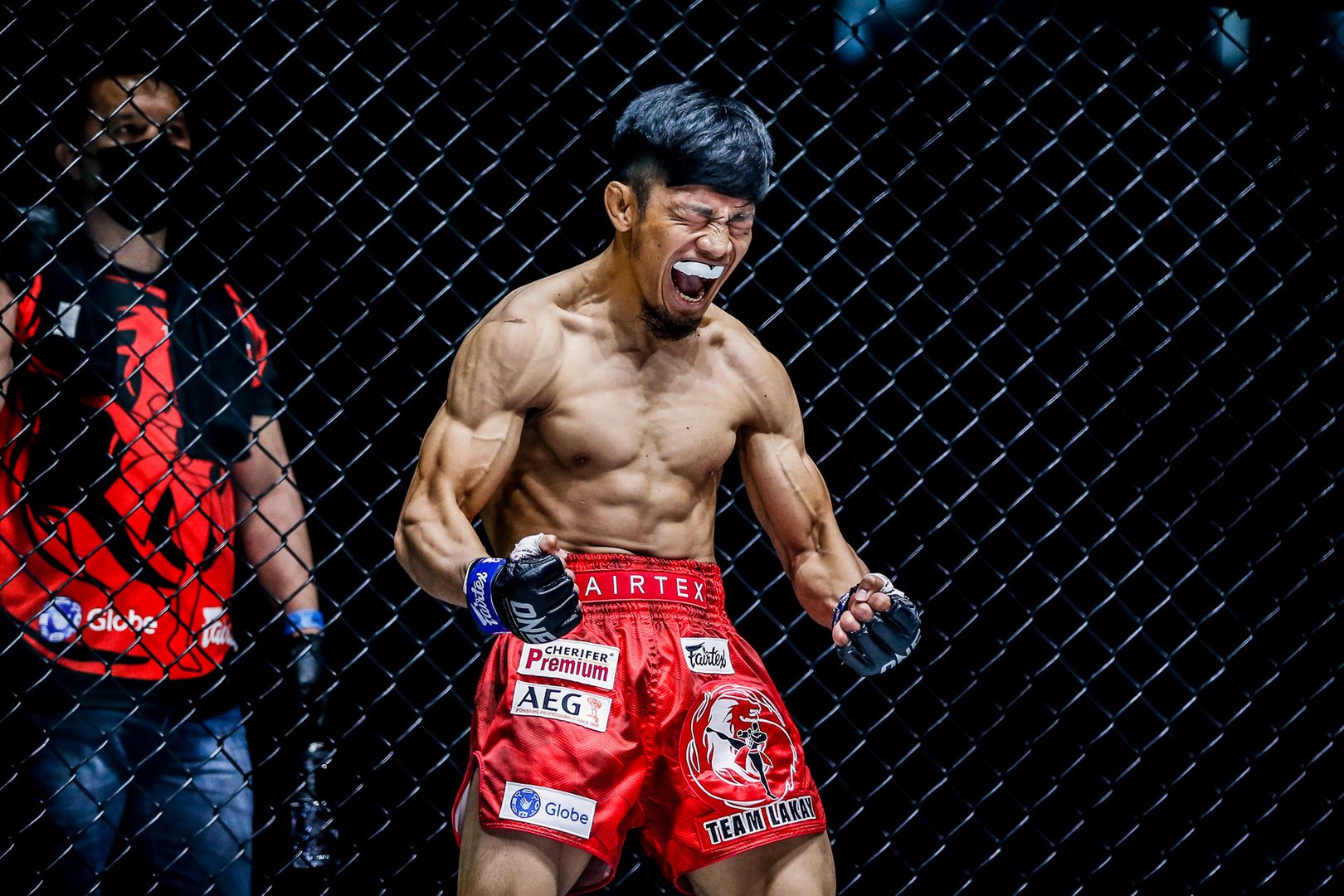 Filipino strawweight sensation Lito “Thunder Kid” Adiwang is on the path to a full recovery after suffering a torn anterior cruciate ligament (ACL) in his last fight.

The 29-year-old squared off with countryman Jeremy “The Jaguar” Miado in a highly anticipated matchup at ONE X in March.

But after an action-packed start, Adiwang injured his right knee while stepping backward in the second round, allowing Miado to pounce and earn the TKO victory.

Despite the unfortunate turn of events, “Thunder Kid” is now on the mend.

It won’t be a quick return to action, but he’s focused on doing everything necessary to ensure he comes back in perfect condition.

“As per the doctor’s advice, a complete recovery will [take] one year. On a positive note, I still think it depends on how my body will heal. There’s a chance that I can recover faster. I’m doing it slowly but surely so when we return, we won’t face any complications. That’s what I see here – the importance of taking care of my body. I’ll be back.”

The official diagnosis of Adiwang’s injury is a complete tear of the ACL, a key ligament that helps stabilize the knee joint. It’s a common but severe ailment suffered by athletes in football, basketball, mixed martial arts, and other high-impact sports.

With his fast-paced, pedal-to-the-metal fighting style, Adiwang is constantly at risk of injuries like this one. At the same time, it’s part of what makes him such an exciting competitor.

Nevertheless, “Thunder Kid” is thankful for the support of his fans and wants them to know that he’s progressing well in his rehabilitation process.

“I just got surgery. They replaced it. I think they got some muscles from my legs and put it there. Now I’m going through therapy. I’m going through several programs. The first week, I was just stretching it, just so it remains mobile. The second week, I started to put weight on it, and this week, thankfully I am getting to do squats and stationary bikes.” (ONE FC)