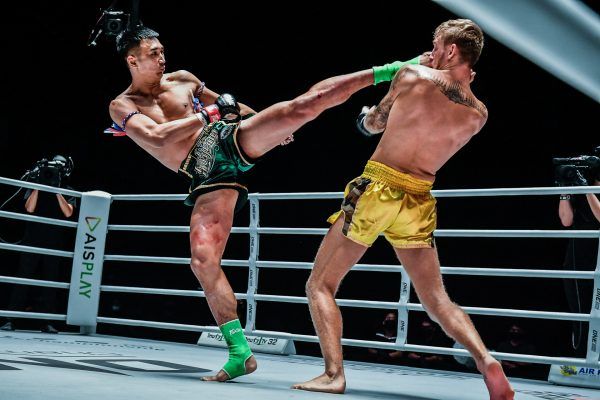 After several weeks of announcements, the last two fights have been added to ONE 157: Petchmorakot vs. Vienot, which broadcasts live from the Singapore Indoor Stadium on Friday, 20 May.

Boutasaa is one of kickboxing’s fastest-rising young talents.

The Dutch-Moroccan phenom is an Enfusion Champion who owns a spotless 15-0 professional record with five knockout victories.

Nearly a month after signing with ONE Championship, the 23-year-old will make his first appearance on the global stage against his toughest opponent to date.

That opponent is Kiria, a Glory Kickboxing World Champion and a KLF Kickboxing Champion who has a 40-19 career record.

After being eliminated from the ONE Featherweight Kickboxing World Grand Prix semifinals in January, the veteran striker is looking to bounce back in a major way – and he could do that by handing Boutasaa his first career loss.

ONE 157 will also mark the promotional debut of Kabutov.

The 23-year-old Kyrgyzstan native boasts a stellar 61-10 slate and trains alongside the likes of ONE veterans Mehdi Zatout, Samy Sana, and former ONE Bantamweight Kickboxing World Champion Alaverdi Ramazanov at Venum Training Camp in Pattaya, Thailand.

Kabutov will own a 3-inch height advantage in this Grand Prix alternate bout, but Puric is compact and will look to make up the difference with technique and power.

“The Bosnian Menace,” who holds a 38-11 record, will be making his first ONE Championship appearance as well. He’s been training at the world-famous Tiger Muay Thai as of late, so fans should expect to see a pair of dynamic strikers leave nothing to chance.