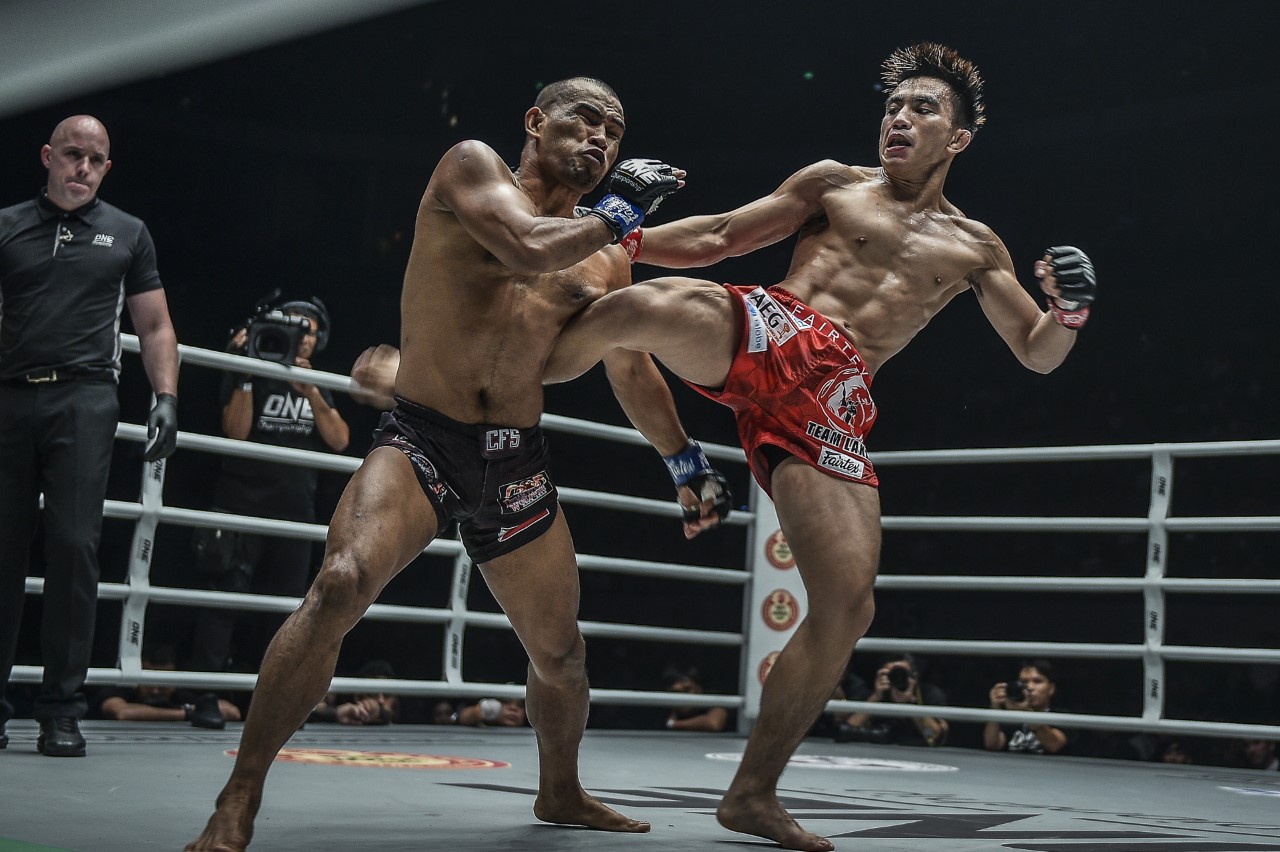 But because of the effect the Covid-19 pandemic has had on the world, particularly the Philippines where movement has been greatly restricted, Team Lakay has had to resort to alternative methods of training to keep their physical fitness at the highest level.

Fortunately, the team is situated in one of the most breathtaking locales in the entire country. Baguio City is abundant with lush greenery, cool weather, and fresh mountain air.

Reigning ONE Strawweight World Champion Joshua “The Passion” Pacio recently took up the Team Lakay pastime of mountain biking, and now a handful of their team members regularly hit the dirt roads to experience the fun and excitement of this alternative sport.

“I took up mountain biking because I saw kuya Edward [Kelly], kuya Geje [Eustaquio], and kuya Honorio [Banario] doing it. So I tried it way back then, but it took me two years to buy my own bike. I’ve only just now made it a regular thing. Now we all go biking together, and it’s a lot of fun,” said Pacio.

“Mountain biking is a leisure activity, but it’s also good for cardio exercise.”

Pacio and the team typically integrate mountain biking into their training regimen, riding at least once a week during training camp, and two to three times a week when they don’t have upcoming bouts.

The area they usually ride in Baguio City is flush with natural beauty -- hills, valleys, rivers, and flourishing wildlife.

For Pacio, it’s a chance not only to get in a great workout, but also to absorb the unique energy of mother nature.

“Me, Danny [Kingad], Jeremy [Pacatiw], Jomar [Paac], kuya Geje, Edward, and Honorio all ride a lot. It’s one of the ways we bond. We ride together and experience the outdoors. It’s reenergizing and revitalizing, great for the mind and body,” said Pacio.

“What I love most about mountain biking is that you don’t really notice how physically tiring it is because you’re having so much fun. It’s especially fun riding up mountains and roads. Baguio City has some of the best scenic locations in the Philippines. It’s so refreshing to just take in nature. We also have the best weather in the country.”

Pacio is staying ready and staying sharp. Once the situation with Covid-19 begins to improve and restrictions are relaxed, ONE Championship will look to host events in Manila once again. Pacio, who holds the ONE Strawweight World Title, knows he has to be at the top of his game constantly for when he gets the call to defend his belt.

Luckily, Pacio has mountain biking to keep him busy until he steps into the ONE Circle again. The Team Lakay group activity has produced some memorable moments for Pacio.

“One of my most memorable experiences mountain biking was when ONE Championship came to Baguio for a shoot. They wanted to capture us mountain biking, so we went to Bubok Bisal, which is an hour and a half away from here. We enjoyed it a lot,” Pacio recalled.

“There were a lot of uphill and downhill slopes. We started riding at 10 in the morning, and we finished around 4:30 in the afternoon, ending up along a river where we had a meal before we went home. It’s those moments that get etched into your memory. It was such an amazing experience.”