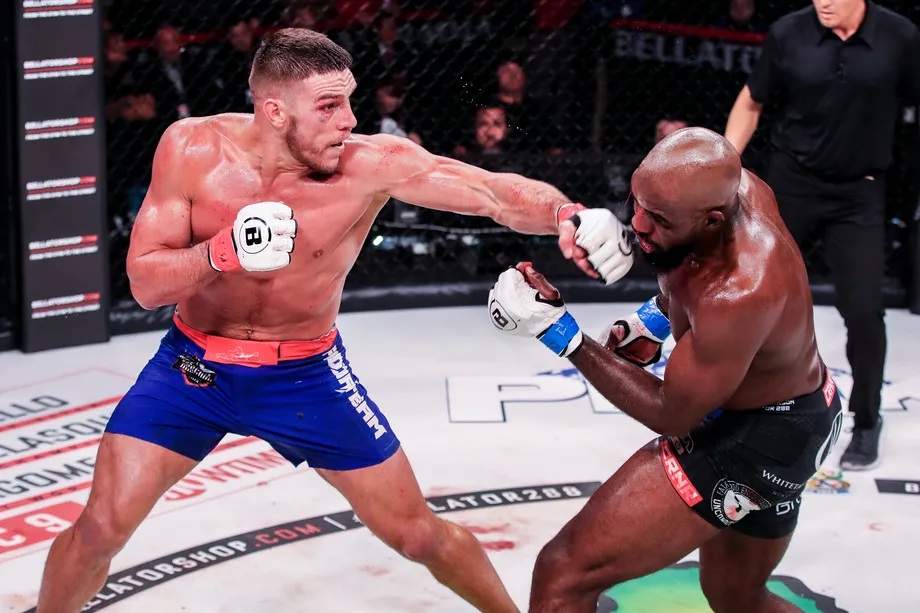 It was a banner night for Russian MMA as Vadim Nemkov retained his light heayweight title and Usman Nurmagomedov captured the lightweight belt at Bellator 288.

Nemkov hobbled Anderson with leg kicks and denied all 15 takedown attempts from Anderson, taking home 48-47, 49-46 and 49-46 scores to win the Bellator light heavyweight grand prix for a $1 million payout.

“I was well prepared,” Nemkov said afterward via translator. “I wasn’t distracted, and I kept a very high pace. Like I said, in rematches, I never lose, and you guys didn’t believe me.”

Nemkov will face Yoel Romero in Bellator’s recently confirmed return to CBS at Bellator 290 on Feb. 4, Bellator commentator John McCarthy announced in the cage after the light heavyweight headliner.

Anderson kept the pressure high, trying to strike his way into takedown opportunities. Every time he got close, Nemkov was ready for his single-leg setups and leg traps. That left Anderson to slug it out, and Nemkov took an early lead with better distance management. A stiff jab and a step-in one-two repeatedly scored, and a wheel kick dropped Anderson at the end of the first.

For the second straight fight, Nemkov and Anderson clashed heads as Anderson ducked for takedowns. This time, however, there was no cut to cut things short as in their first fight, which delayed the Bellator grand prix. Anderson had been winning the first fight – on the second occasion, he was repeatedly a step behind.

A calf kick in Round 4 didn’t help matters at all for the American, who kept a brave face as his leg stiffened from more punishment. He ended the fight much as he spent the rest of it, in pursuit and taking counters from his more accurate opponent.

At 24, Nurmagomedov joined his older cousin, Khabib Nurmagomedov, as an undefeated MMA champion with a shutout of Patricky Pitbull in the Bellator 288 co-main event.

The young Nurmagomedov sniped at distance before exploding into takedowns that left Pitbull unable to get much of any offense going. The final scores were 50-45 and 50-44 twice for the new Bellator lightweight champion, who extends his unbeaten record to 16-0 in his fifth appearance in the promotion.

Nurmagomedov nearly finished Pitbull early, ending the second round with a flurry of elbows that had the referee looking on closely. Pitbull shut down the subsequent shot in the third, but it wasn’t until the fifth round that he came alive. Urged in no uncertain terms by his brother, featherweight champ Patricio Pitbull, Patricky came forward and threw the most strikes of the fight. Unfortunately for him, that opened him up for the takedown, and he spent the next several minutes on his back, trying to avoid the worst. After giving up mount to avoid a choke, he managed to reverse position and make it back to his feet. One last gasp just wasn’t enough to catch Nurmagomedov, who smiled at his opponent and congratulated him.

One could imagine Khabib Nurmagomedov somewhere smiling, but thanks to Usman’s corner, UFC welterweight Abubakar Nurmagomedov, the retired UFC lightweight champion joined in his cousin’s celebration via FaceTime.