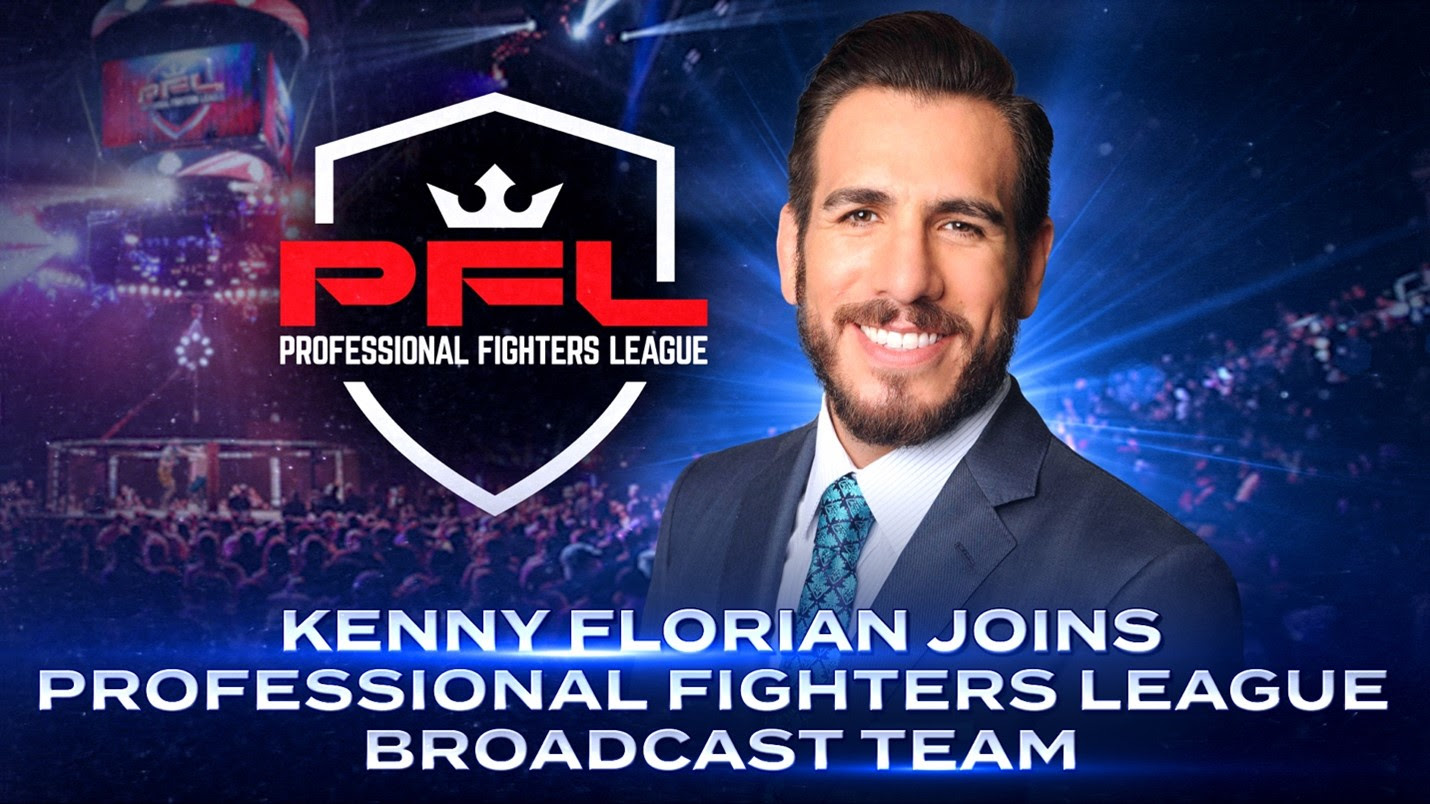 One of the most popular MMA personalities today, Florian has a knack for showmanship. He was one of the original cast members on the popular show The Ultimate Fighter, and burst onto the scene with his impressive performances and his charismatic personality. Florian brings energy and passion to an already exciting broadcasting team featuring MMA icon Randy Couture and play by play commentator Sean O’Connell.

Florian is no stranger to television having served as an MMA analyst for years on ESPN’s “MMA Live” alongside Jon Anik and Franklin McNeil. With extensive experience competing at the highest level in the sport, Florian will bring firsthand perspectives to the broadcast team from his time spent inside the cage.

“We are very excited to add someone as knowledgeable and charismatic as Kenny to our booth calling all the action this season alongside Randy and Sean,” said PFL CEO, Peter Murray. “With his passion for the sport and experience inside the cage, Kenny will bring excitement and wisdom to every call to ensure our fans enjoy our made-for-TV events. This team will bring invaluable insight every night, and coupled with the leadership of broadcast visionary George Greenberg, the PFL will be delivering a can't miss production throughout 2021.”

In addition to his television and fighting career, Florian has been very active in his community as he operates his own MMA academy, Florian Martial Arts Center in Brookline, Massachusetts, teaching young athletes the knowledge and skill of the sport.

PFL has quickly established itself as the No. 2 MMA company in the world with distribution on ESPN in the U.S. and to more than 160 countries via premium sports networks and platforms and has experienced tremendous YoY growth across digital channels – 68% follower increase on Instagram, 30% total audience growth across digital, and a 200% social engagement spike.

ABOUT THE PROFESSIONAL FIGHTERS LEAGUE
Professional Fighters League (PFL) is the first and only to present MMA in the sports-season format where individual fighters compete in Regular Season, Playoffs, and Championship. PFL is the innovation leader with the PFL SmartCage delivering viewers on-screen fight analytics and real-time prop bets. PFL Roster is second to none with 25% of its fighters ranked in the top 25 in their weight-class. All PFL 2021 Season events are live primetime on ESPN2/ESPN+ in the U.S. and available on leading broadcast and streaming outlets in 160 countries worldwide.