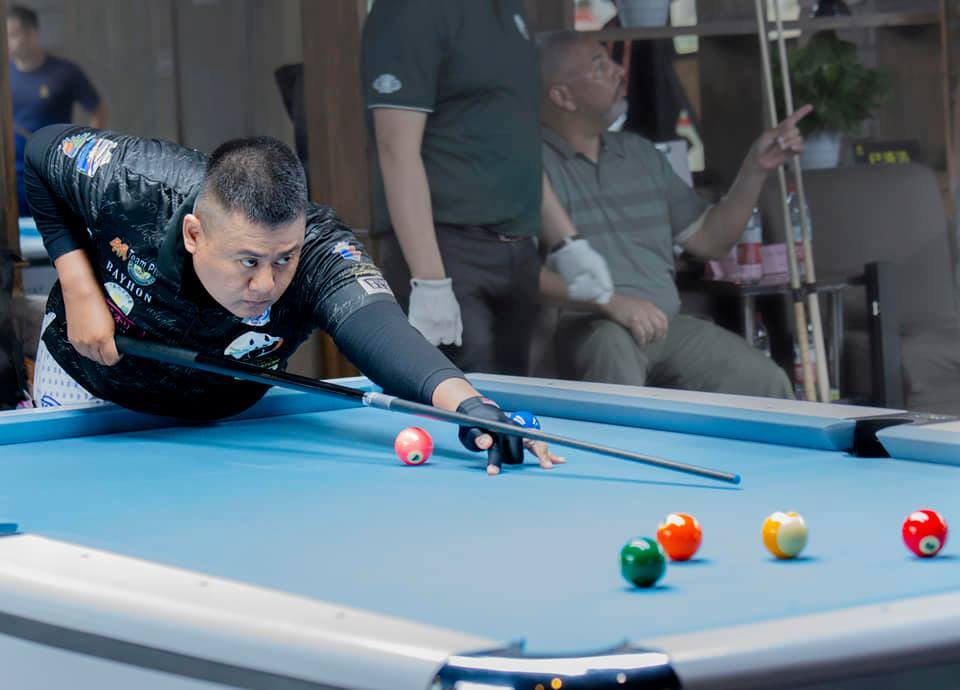 by Marlon Bernardino
Mark "Iron Fist" Fallorina toppled Rodel Adona, 6-3, to qualify in the tough Round of 64 of the Predator-Volturi 9-Ball Cup 2020 tournament at the AMF-Puyat Makati Cinema Square, Makati City over the weekend.

"My opponent [Rodel Adona] was really good. He derserves to win too,” said Fallorina, a habitue of Top Cue Billiards Hall in Speaker Perez, Quezon City “I just played based on my experience." added Fallorina, who dedicated his victory to his wife Mary Ann Chavez and his daughters Samantha and Sabrina and his sponsor/manager architect Eric "Teod" Salud.

Fifth to Eight placers will bring claim P6,000 each while the ninth to 16th placers will receive P3,000 each.-Marlon Bernardino-