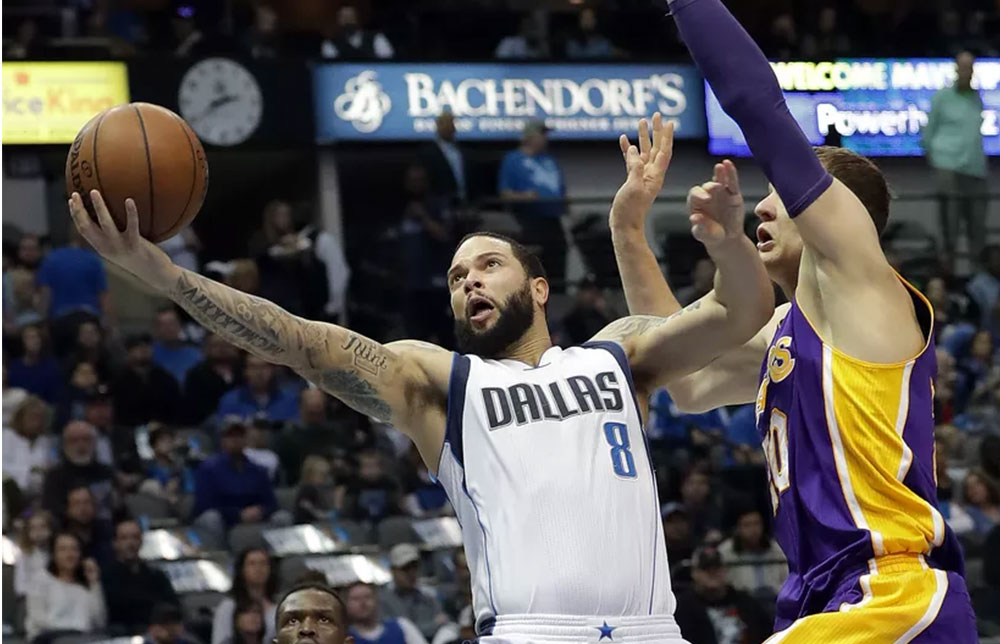 The Utah Jazz have interest in acquiring their former star point guard, Deron Williams, in a deal with the Dallas Mavericks, according to ESPN’s Tim McMahon and Marc Stein. No trade is considered imminent.

Williams also cannot be traded without his approval because he’s playing under a one-year contract.

Williams’ five-and-a-half year stint in Utah had many highs, but also ended in ugly fashion when he feuded with Jerry Sloan, leading to Sloan’s abrupt retirement in the middle of the 2011 season. Williams was subsequently traded to the Brooklyn Nets two weeks later. The Jazz haven’t won a postseason game since he left.

Williams admitted that the two had clashed, but both he and Sloan claimed the legendary coach left on his own accord. Two years later, owner Greg Miller told a much different story, citing an argument at halftime of the last game Sloan coached that went too far. Jazz fans continue to boo him even six years later.

Mavs owner Mark Cuban told ESPN on Monday that he’s willing to take on large contracts in exchange for draft picks, though it’s too early to tell the structure of this hypothetical deal. The Jazz own their own first- and second-round picks in the upcoming draft, as well as the Golden State Warriors’ first-round pick. Williams could also be traded straight into the Jazz’s cap space.

Why this rumor makes sense

Jazz starting point guard George Hill is having trouble staying healthy this season, missing 22 of 57 games before the All-Star break. Adding Williams would ensure the Jazz had a starter-quality backup.

Williams is averaging 13 points per game and seven assists on a Mavericks team going nowhere fast. At 32 years old, he’s entering his later stages without a ring, and Utah is at least heading in that direction.

J.J. Barea is also on his way to returning from injury for Dallas, and the backcourt will be crowded when he does with the emergence of Yogi Ferrell.

Dallas may never go into full rebuild mode, but as Dirk Nowitzki’s days come to a close, it may be time for Williams to move on. According to ESPN, he still owns a home in Utah.

Why this rumor doesn’t make sense

It’s unclear what pieces the Jazz would be willing to deal for Williams, but with the point guard on an expiring contract, the Mavs would want something of value in return. Is that worth it for a few months from Williams, who could walk as an unrestricted free agent over the summer?

This trade could hold up because Williams has to OK it too. He may find that Utah isn’t the right fit for him.

Probability a trade gets done

The ESPN reports said nothing was imminent, and this trade rumor may never grow to be serious. But Cuban is clearly listening to offers, and if the Jazz are willing to part with a small asset to bolster their roster for a playoff run, this move could make sense on both sides.

Probability a trade gets done: 4/10