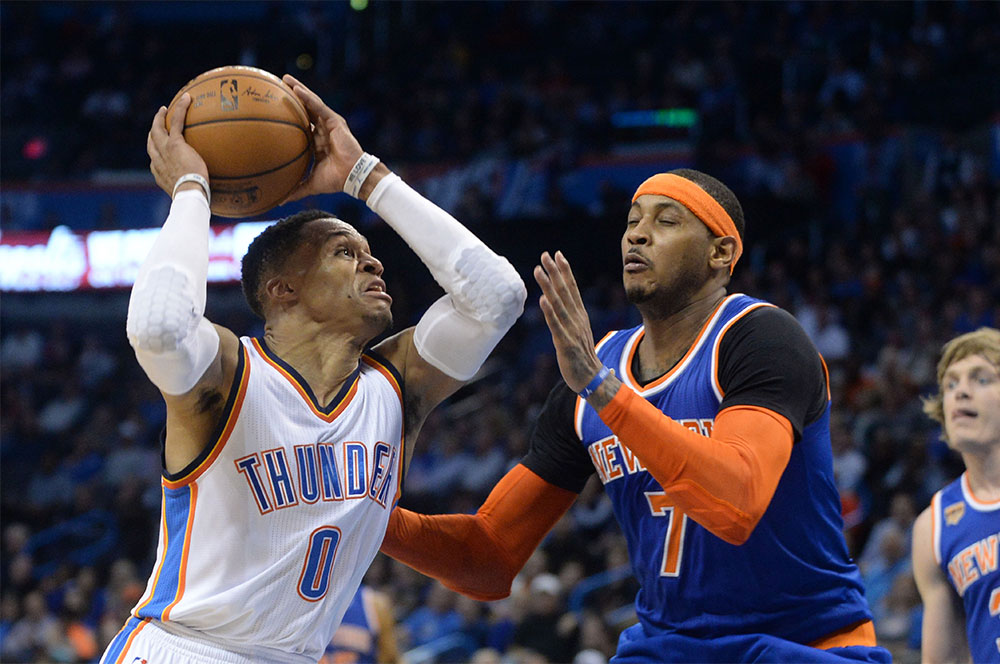 Behind Westbrook’s 27th triple-double of the season, OKC enters All-Star Weekend on a winning note

An exultant Russell Westbrook hammered his chest after delivering a zealous one-handed slam to punctuate the Oklahoma City Thunder's 116-105 victory over the visiting New York Knicks.

Amid a cracked beginning from its stumbling franchise, much of Thunder Nation felt as though their team’s recent misfortune had carried into the evening’s pre-All Star break finale.

However, bounding with conviction through the remaining three quarters, gritty OKC outscored New York 89-66 to steal an important come-from-behind victory.

When needed most, the Thunder delivered from deep, making 12-of-23 three-point attempts. OKC also took the Knicks to task on the glass (48-39) and in transition (25-8).

Ultimately though, Oklahoma City’s decisive second-quarter run delivered a staunch body blow from which the Knicks were unable to recover.

With the win, Oklahoma City improves to 32-25 at the All-Star break.