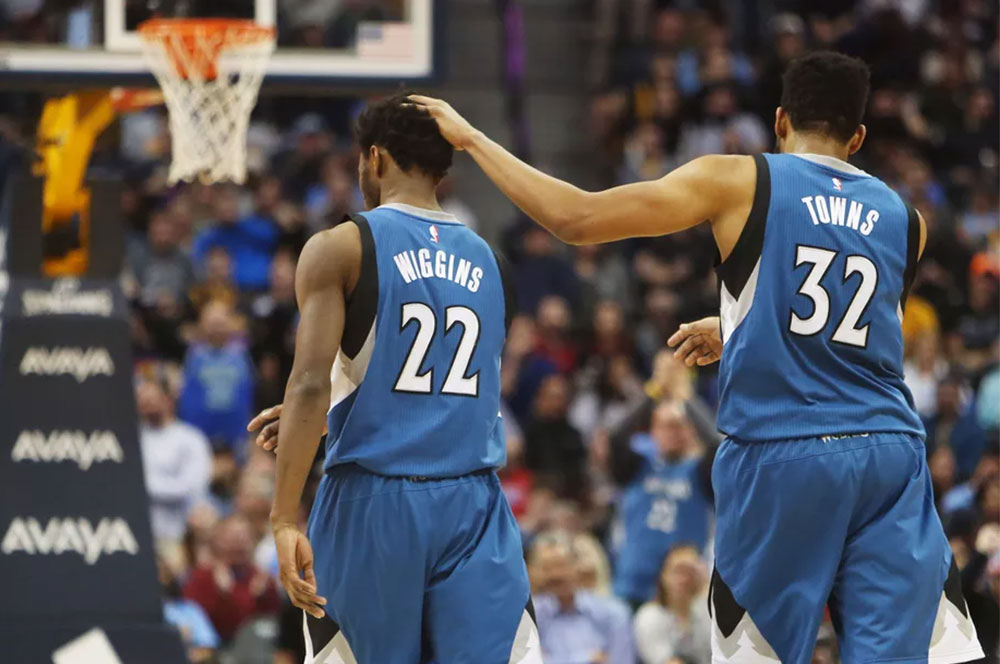 Andrew Wiggins and some stout second half defense leads the way for the Wolves in Denver.

That sound you heard was a gasp of breath from the Timberwolves’ playoff hopes, as they stayed (barely) alive with a big win over the Denver Nuggets in the final game before the All-Star break.

It was an impressive win under the circumstances. The second night of a back to back after expending a ton of effort in a losing cause last night against the Cavaliers. At altitude in Denver. And yet the Wolves played a strong second half, never trailing after taking a two point lead into halftime.

Much of this win was on the strength of Andrew Wiggins’ second straight monster scoring night. After going for 41 last night against the Cavs, he followed up with 40 tonight, as he got going from the perimeter early, and continued to score throughout.

Nikola Jokic should have just gotten out of the way.

Also fun was the battle between Jokic and Karl-Anthony Towns. The Wolves started with Dieng on Jokic, but the two star big men found each other plenty tonight. It wasn’t Towns’ most dominant offensive performance, though he did finish with 24 on the night, but only shot 8-19 from the field. But he controlled the glass (19 boards) and was a real physical presence underneath, frustrating Jokic into a 6-19 night and eventually drawing a technical foul on the Nuggets big man after a battle underneath off a missed Denver free throw.

In fact, along with Wiggins’ big game, I thought the story tonight was the Wolves second half defensive resolve. The Nuggets are one of the best offenses in the league, and after giving up 60 first half points, the Wolves held them to 39 in the second. They contested shooters well, but also didn’t allow anything easy in the paint. They were physical, they contested, they helped, and they scrapped, something we have only rarely seen all season. The Nuggets were shooting nearly 50 percent at halftime, and finished at 40 percent for the game as the Wolves tightened up.

It was a good way to go into the All-Star break for some much needed rest. The Wolves don’t play again until a week from Friday when they host the Dallas Mavericks.