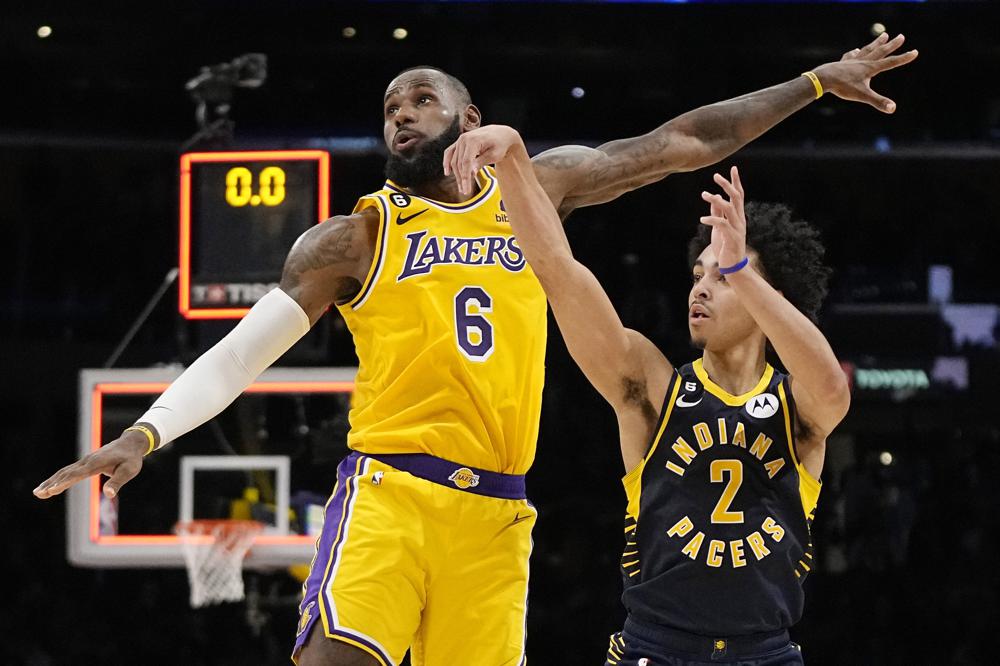 A look at LeBron James’ pursuit of Kareem Abdul-Jabbar for the NBA’s scoring record potential record-breaker: At his current rate of 29.7 points per game, with 316 points needed to pass Abdul-Jabbar, it would take James 11 more games to become the NBA’s scoring leader. Assuming he does not miss any games, that makes the potential record-breaking game Feb. 7 at home against Oklahoma City.

Abdul-Jabbar has held the record since April 5, 1984

Next Lakers game: Wednesday at home against Sacramento.