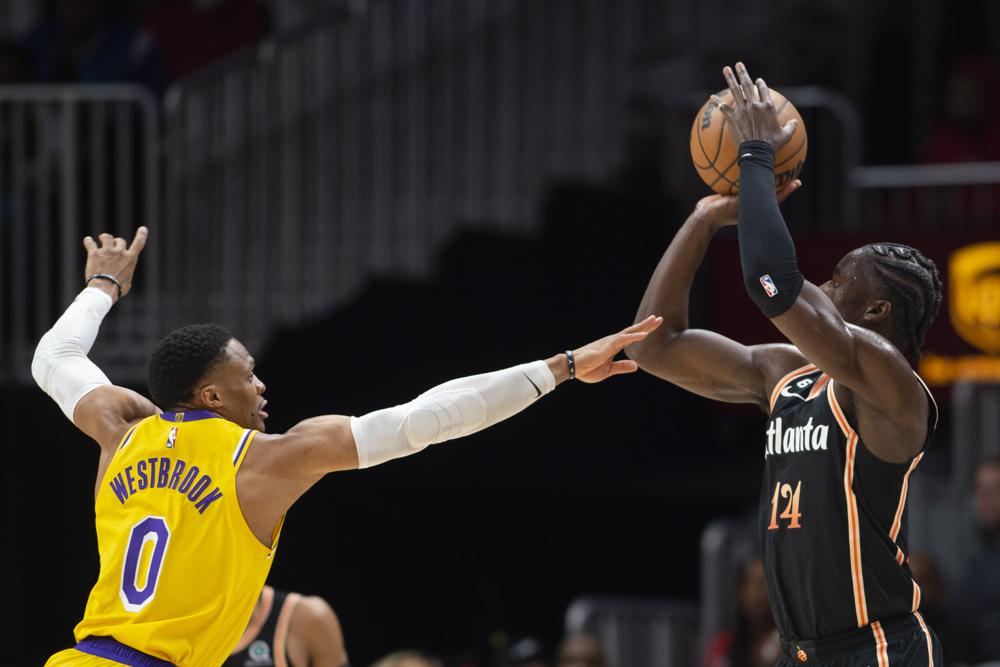 LeBron James scored a season-high 47 points on his 38th birthday with many of the sellout crowd at State Farm Arena cheering his every move, and the Los Angeles Lakers beat the Atlanta Hawks 130-121 on Friday night.

Los Angeles led 126-119 on Thomas Bryant’s layup with 55 seconds to go and was never threatened again. James ended it with a pair of free throws to make it 130-121 with the crowd chanting, “MVP! MVP!”

Young’s three-point play late in the opening period gave the Hawks their first double-digit lead at 26-16. Young had 13 points in the first but he landed awkwardly while hitting a layup in traffic at the first-quarter buzzer, appearing to bump knees with another player. He returned at the 4:42 mark of the second and had 17 points at the half.

Los Angeles, which had 39 points in the second quarter, trailed by 15 in the period but entered intermission down 67-62.

James, a four-time NBA MVP and an 18-time All-Star, finished with 10 rebounds and nine assists. He had 16 points in the second quarter, 13 in the third and 16 in the fourth. James began the game ranked ninth in scoring with a 27.8 average.

The Lakers had lost nine of their last 13 but led 120-113 on James’ three-point play with 2:18 to go. Much of the crowd came to its feet roaring as he drew John Collins’ sixth foul and fell down as he hit a baseline layup. He hit the free throw and came back on the next possession with a reverse layup on the baseline that drew the crowd to its feet again.