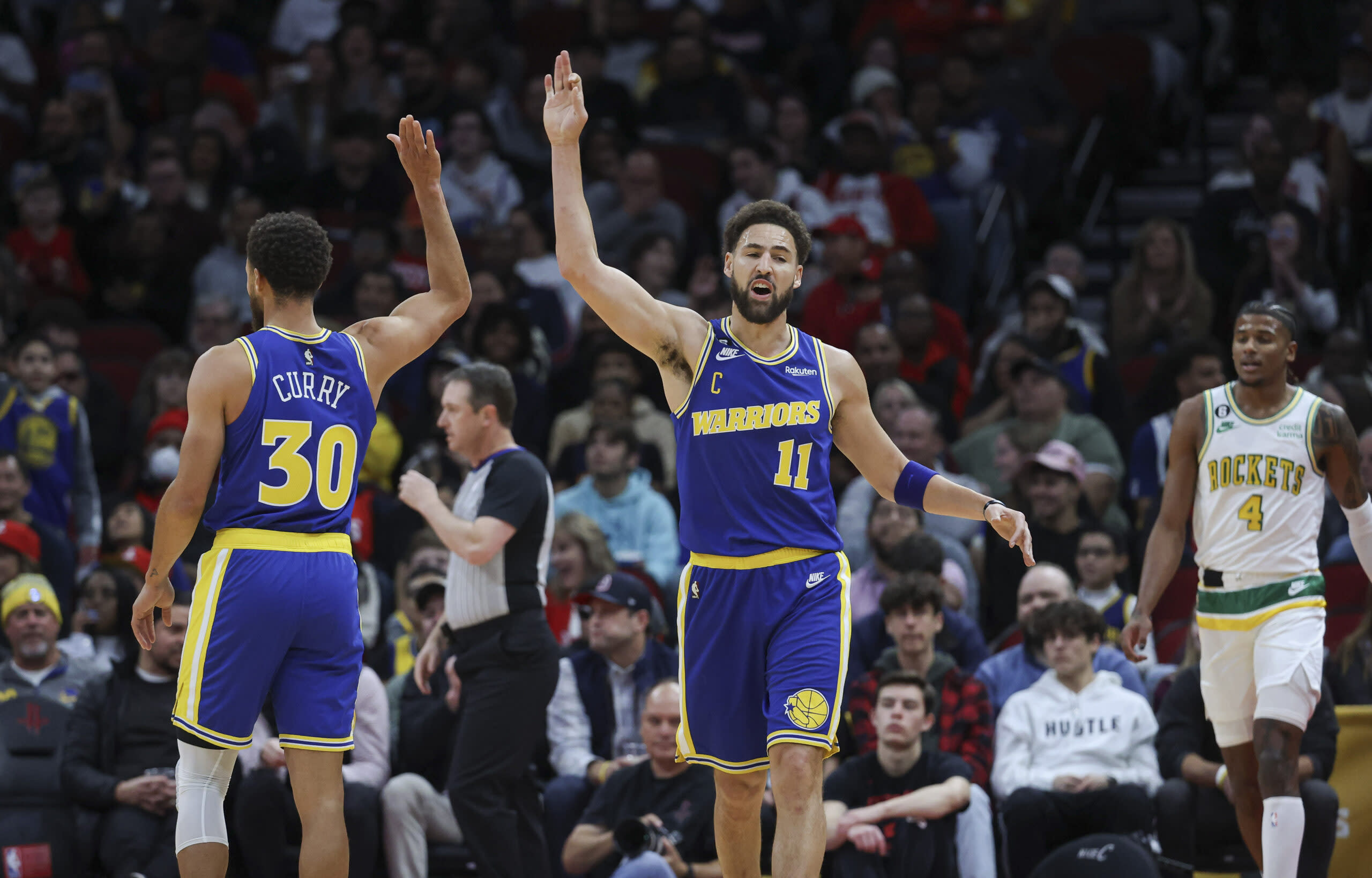 The Warriors snapped an 0-8 start away from home to improve to 8-9 on the season. Golden State has won five of its last seven games following a 3-7 start.

Thompson had a vintage performance, hitting a sizzling 10 of 13 3-pointers and went 14 of 23 from the field.

Curry struggled early but finished 11 of 20 from the field, including 7 of 14 from 3. He also had a season-high 15 assists, just one shy of his career high.

Curry hit a big 3 just inside of two minutes remaining that doubled the Warriors’ lead to 121-115. Curry made another with less than 40 seconds remaining to put Golden State up by nine, and he gestured to the crowd like he put the game to sleep.

Golden State jumped to an 11-0 lead from the tip and led 40-28 after 20 first-quarter points from Thompson. Houston quickly answered, opening up the second quarter on a 17-2 run to build a small lead.The Rockets led 65-61 at halftime.

The loss dropped Houston to 3-14, the worst record in the Western Conference.

Warriors: Golden State received two delay of game warnings in the first half, resulting in a technical. Houston later received the same technical in the second half. … Jordan Poole had 10 points off the bench.

Rockets: Porter returned after a one-game absence with left lower back soreness. … Green committed an uncommon turnover near the end of the third quarter, walking the ball slowly up the court following a Warriors basket and receiving a 10-second backcourt violation.