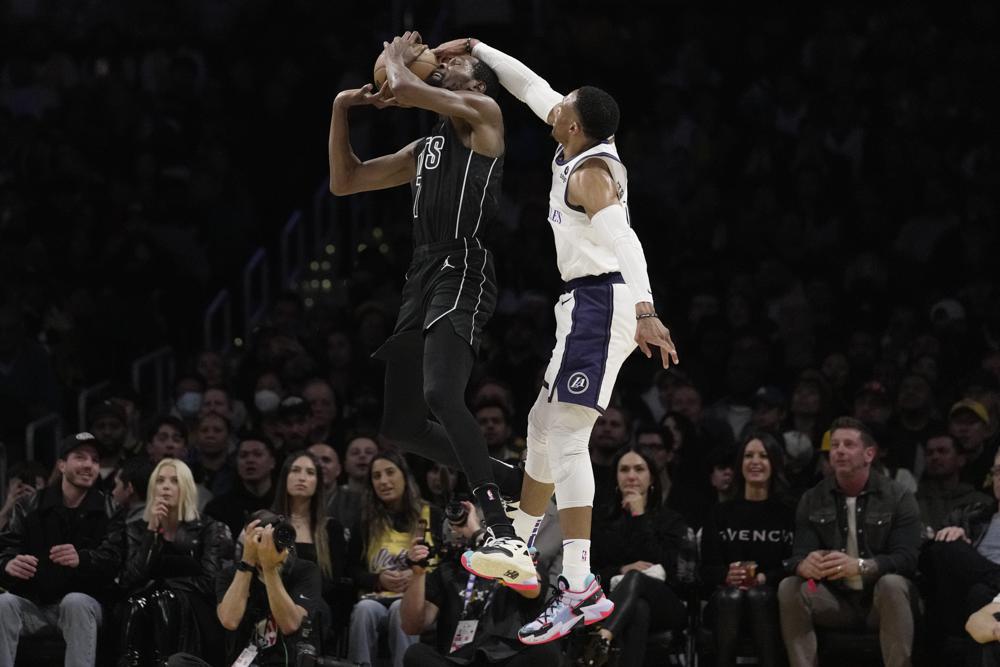 Anthony Davis had a season-high 37 points and 18 rebounds as the Los Angeles Lakers beat the Brooklyn Nets 116-103 on Sunday night to snap a five-game losing streak.

Davis grabbed 10 offensive rebounds, which tied a career-high in a regular-season game, as the Lakers led throughout. Davis was averaging only 8.6 points in the second half, but had 21 against the Nets, including 15 in the third quarter.

Lonnie Walker IV added 25 points for Los Angeles, which was missing LeBron James for the second straight game due to an left adductor strain.

The Lakers led by 16 with less than four minutes remaining in the third, but the Nets rallied to close to 91-87 on a two free throws by Durant with 8:27 remaining in the fourth quarter. The Lakers then blew it open with a 15-2 run, including seven points by Walker and four from Davis.