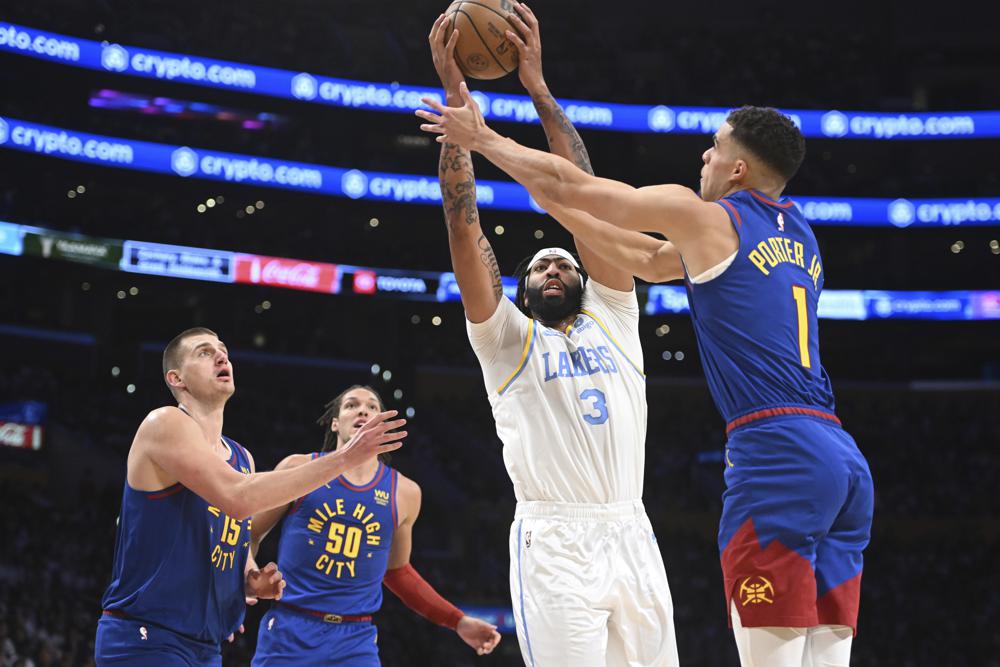 LeBron James scored 26 points and Anthony Davis added 23 to help the Los Angeles Lakers to their first win of the season with a 121-110 victory over the Denver Nuggets on Sunday night.

Davis, who called Sunday’s game a must-win, said he’ll have to manage the pain.

“It’s day by day,” Davis said. “One day, I feel great. The next day (it’s hard). Just try to manage it and keep getting treatment.”

The Lakers led 55-51 at halftime. They trailed by as many as 10 points in the first quarter but overcame that deficit by halftime.

“They were playing with desperation and I felt like we had them and let it slip away,” Nuggets forward Aaron Gordon said.

Russell Westbrook had 18 points for the Lakers (1-5), who had lost their first five games of the season under first-year head coach Darvin Ham. Los Angeles was the last winless team in the NBA.

Ham celebrated in the locker room with his team and received a celebratory dousing of water.

“We needed to prove something to ourselves,” Ham said. “Not to the world, not the media. We had to prove it to ourselves. I feel great about how we responded throughout the game.”

Westbrook, who came off the bench again and has been accepting of that role, drove the lane and scored on a layup to extend the Lakers lead to 117-106 in the final minutes as the Lakers closed out the win.