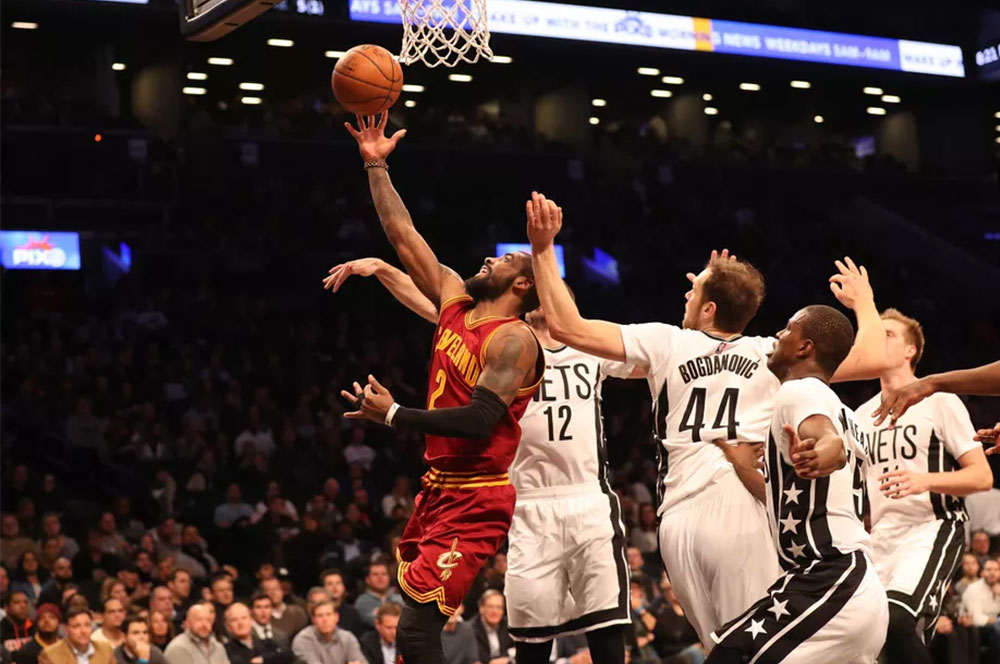 The Cavaliers secured a workmanlike victory against the Nets on Friday night.

The Cleveland Cavaliers defeated the Brooklyn Nets 116-108 Friday night in the Big Apple. The game saw the return of both Kevin Love and Kyrie Irving for the Cavs and both stars were needed to secure the victory. Bolstered by the return of two of the Big Three, fans probably thought this game would be an easy win for the Wine and Gold but Brooklyn was competitive throughout the game.

The game started off rather sloppily for the Cavs as both Kyrie and Love struggled to find their legs in their return to game action. To compound the issue Tristan Thompson was struggling at the free throw line, missing all nine of his opening shots from the charity stripe. After the opening frame the team only had a four point lead and it was apparent that the team would need to play better if they intended to win the game. Luckily the team responded and ratcheted up their play on both ends of the court and ran the lead up to 11 heading into half time.

The third quarter opened and the Cavaliers offense took it to another level. The team scored 36 points in the third and looked to have put the game away for good.

However, Brooklyn continued to fight and clawed back into the game. Just like in their first meeting this season Brooklyn used a strong fourth quarter run to close a sizable gap. What was a double digit lead got all the way down to just 113-106 with under a minute remaining. LeBron James got to the line and made one of two free throws and the defense closed the game out.

For a game against Brooklyn it was probably more of a contest than Tyronn Lue would like, but given the circumstances it was a fine outing from LeBron and company. Kyrie and Love’s initial rust was to be expected in their return from minor maladies and teams get up to play the defending champs.

Of note in the game Jordan McRae played rather poorly, missing all five of his attempts from the field and splitting his two attempts at the line. For a player who has been rumored to be fighting for his roster spot it was not the type of performance that would inspire David Griffin to guarantee his contract. McRae’s fate will not be decided by one game but slashing guard may regret not making more of his ten minutes tonight.

The Cavaliers are next back in action Sunday at Phoenix.