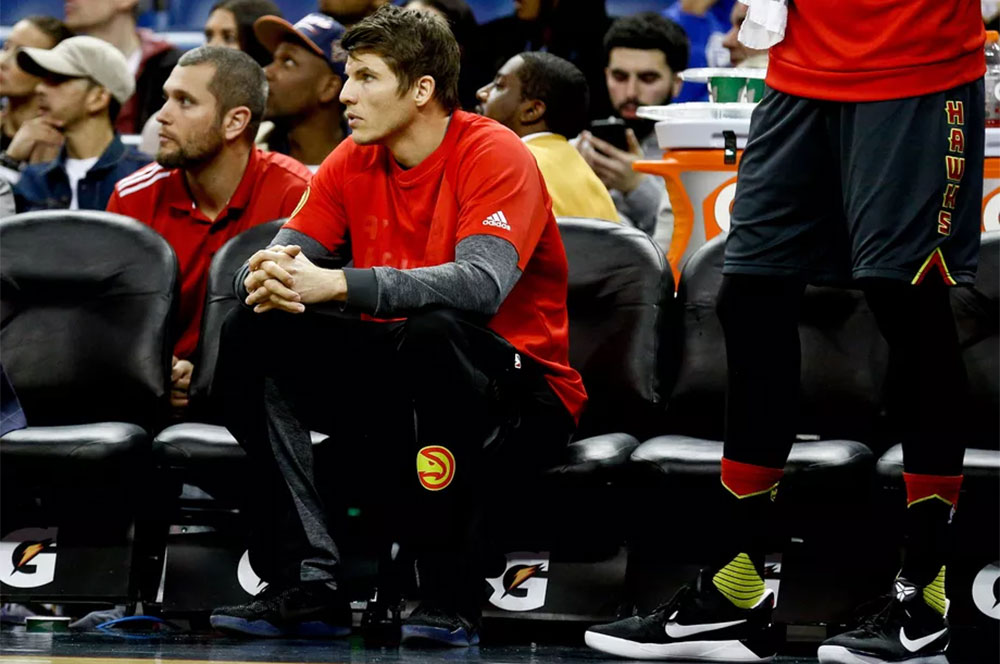 The Hawks didn’t come away empty-handed from the Kyle Korver trade but that doesn’t always make it easier.

The Atlanta Hawks pulled the trigger on a trade to send Kyle Korver to the Cleveland Cavaliers and the reported return is a 2019 first-round pick and the rights to Mike Dunleavy Jr. At this juncture, nothing is official on the deal, including the fact that details are very much up in the air with regard to the final destination for Dunleavy.

With that said, it seems quite clear that Korver is headed to Cleveland and, in the aftermath of Atlanta’s fifth straight win, it was clear that the past several years with the Hawks meant a great deal to Kyle.

References to his kids being born in Atlanta and the relationships forged with his teammates and those around the team are certainly heart-warming. Korver was a central piece of the best team in the Atlanta Hawks history in 2014-2015 and, for good measure, he was named to the All-Star team during that campaign.

On the way out, Korver was, as usual, filled with class. While his departure creates even more questions about the overall direction of the roster, including that of Paul Millsap’s future, the All-Star forward took the time to shed light on Kyle’s departure and impact after the game (via Chris Vivlamore of the AJC).

“It’s tough. Kyle was a big reason I am here. To see him not in the locker room, it’s tough for me personally.

Millsap’s future is, of course, unsure at this stage. Many have jumped to assume that the Hawks could “blow it up” after pulling the trigger on the first domino and there will be plenty of time for speculation to that end. Moving on from Korver makes sense on its own given that he will hit free agency this summer and the Hawks have a stockpile of young wings. However, not everyone seemed thrilled with the return.

On the surface, a first-round pick more than two years in the future is not earth-shattering. Still, that is actually quite fair in return for what amounts to four or five months of a role player in Korver and, frankly, there is a point in which Atlanta was going to have to say goodbye to Korver and/or Thabo Sefolosha for roster reasons.

That time is, apparently, now and the Hawks, at least in my estimation, did well to extract a first-round pick. Is it fun to wait through two additional drafts before that pick conveys? No. Do we know about the pick protections on that selection? No. With all of that said, having realistic expectations when it comes to trade returns is crucial when trying to evaluate what transpires, and the Hawks did just fine in the Korver deal.

Kyle Korver has been a valued member of the Atlanta Hawks for several years and, in his own words, he played his best basketball with the team. Now, he has an opportunity to pursue a championship alongside LeBron James and the Hawks have another future asset to pair with their current young talent and an incoming 2018 selection set to convey from the Adreian Payne trade. Not everything in the sports world is fun or heart-warming, but this move might just be right for all sides and it certainly wasn’t a disastrous one (at least on its own) for the Hawks.