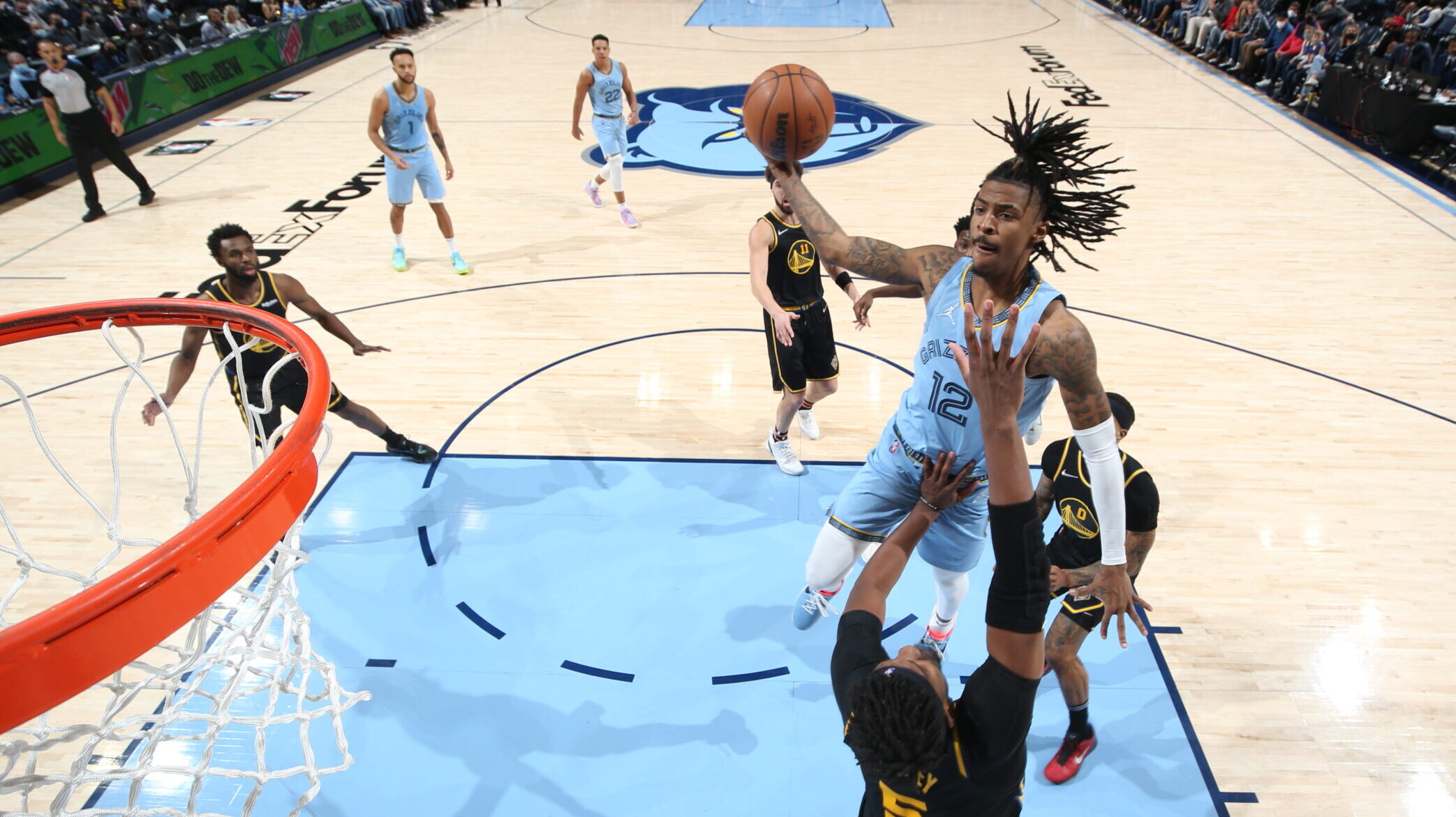 Ja Morant scored 29 points, including five in the final minute, and the Memphis Grizzlies beat the Golden State Warriors 116-108 Tuesday night for their 10th straight win.

“I just like having that pressure,” Morant said of his scoring down the stretch. “I feel like that’s when I shine the most. I like to be the one taking that shot, hit or miss.”

Ziaire Williams and Tyus Jones had 17 points each, Williams recording a season-high in points. Jones keyed a fourth-quarter rally that put the Grizzlies ahead for good. He finished 6 for 8 from the field, including connecting on all five of his 3-point attempts.

Stephen Curry led the Warriors with 27 points, 10 rebounds and 10 assists for his second triple-double of the season. Klay Thompson finished with 14 points. Andrew Wiggins and Gary Payton II scored 13 each.

The teams had a closely played game in the second half until consecutive 3-pointers by Jones gave Memphis a 109-100 lead with 3:33 left to play. That was enough of a buffer for the Grizzlies to keep their franchise-record win streak going, Memphis holding Golden State to 18 points in the fourth quarter.

The Grizzlies were the ones connecting from 3-point range in the first half hitting 8 of their first 13 from outside the arc. That allowed Memphis to build an 18-point lead in the second quarter, putting the Warriors in catch up mode from that point on.

“It was just turnovers early in the game, and that gave them a lot of confidence,” said Curry, who was 8 of 21 shooting, including 2 of 9 from 3-point range.

Grizzlies interim coach Darko Rajakovic noted it wasn’t just Williams’ offensive output, but the rookie from Stanford also had the job of guarding Curry from the opening tip. Rajakovic noted that Curry averages 14 3-pointers a game, but only took nine in the game.

Trailing 59-51 at the half, the Warriors then turned up the defensive pressure, particularly with Payton shadowing Morant, to open the second half. The Warriors’ defense contributed to four early Memphis turnovers and the Grizzlies starting 1 of 7 after halftime.

“We did a lot of really good things to get back in it after a really bad first half,” Kerr said.

Then it settled into a playoff-type atmosphere with intensity on the court and the loud Memphis crowd on its feet and deeply involved. The teams exchanged leads, neither getting much more than a one-possession advantage and Golden State led 90-87 entering the fourth.

“It was a great game. Two of the best teams in the league,” Kerr said. “They’re the hottest team in the league, and we gave ourselves a chance, but we didn’t play well enough to win.”

For the Grizzlies, they kept their winning streak alive and moved even closer to the third spot in the Western Conference. They trail Utah by only percentage points for that spot.

“Our guys played another great game,” Rafakovic said. “Stuck together through the course of the game and through the ups and downs.

Warriors: Wiggins’ 3-pointer in the second quarter allowed him to pass Donyell Marshall for 19th in franchise 3-pointers. Marshall had 238. ... Draymond Green was out with left calf tightness. Juan Toscano-Anderson started in Green’s spot. ... Injured C James Wiseman had his high school jersey retired Monday night at Memphis East. Several of his Warriors teammates attended the ceremony. Wiseman has not played this season recovering from a right knee injury. ... Payton and Otto Porter Jr., both listed as questionable before the game with injuries, were available. ... Golden State was the last team to defeat the Grizzlies with a 113-104 win on Dec. 23.