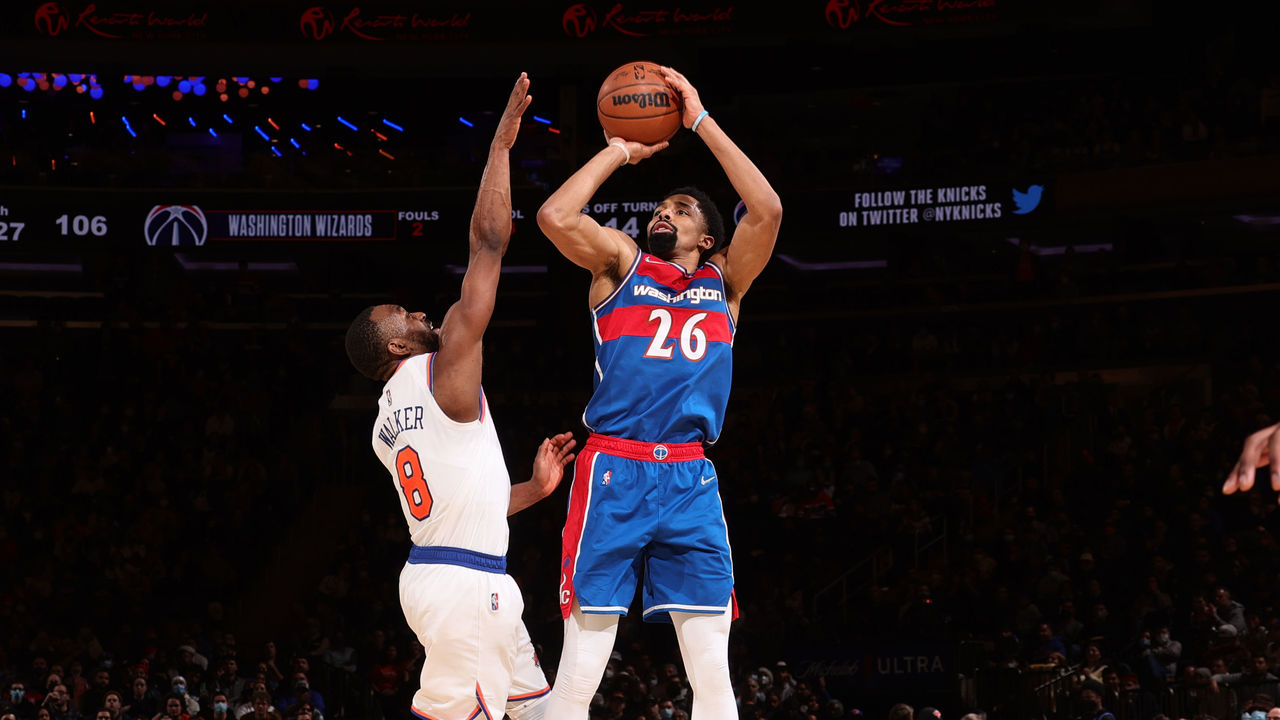 The Washington Wizards withstood a 44-point effort from Kemba Walker and a fourth-quarter rally from the Knicks, beating New York 124-117 on Thursday night.

The Knicks had pulled within two points with 2:40 left in the game, but Kyle Kuzma had consecutive 3-pointers to give Washington an insurmountable lead.

Spencer Dinwiddie had 21 points and 12 assists to lead the Wizards, who were without All-Star guard Bradley Beal after he was placed on the league’s COVID-19 health and safety protocols list before the game.

Corey Kispert, the 15th overall pick in the 2021 NBA draft, filled in with a career-high 20 points in his first start. Kuzma added 18 points and 10 rebounds, Montrezl Harrell had 15 points and Deni Avdija chipped in 14.

Walker scored 28 of his 44 points in the second half for the Knicks. All-Star forward Julius Randle had 23 points and Alec Burks added 20.

The Wizards went on a 12-0 run early in the third quarter to take a 71-66 lead, held New York at bay throughout the fourth quarter and extended its lead to 109-102 on a 3-pointer from Dinwiddie.

Wizards: Washington went 1-4 on its five-game trip, though Tuesday’s scheduled contest against the Nets was postponed because Brooklyn had too many people out under COVID-19 protocols.

Knicks: F Obi Toppin returned to the lineup after missing the last five games due to being on the health and safety protocols list. … New York had won its last three games against Washington prior to Thursday night’s loss.