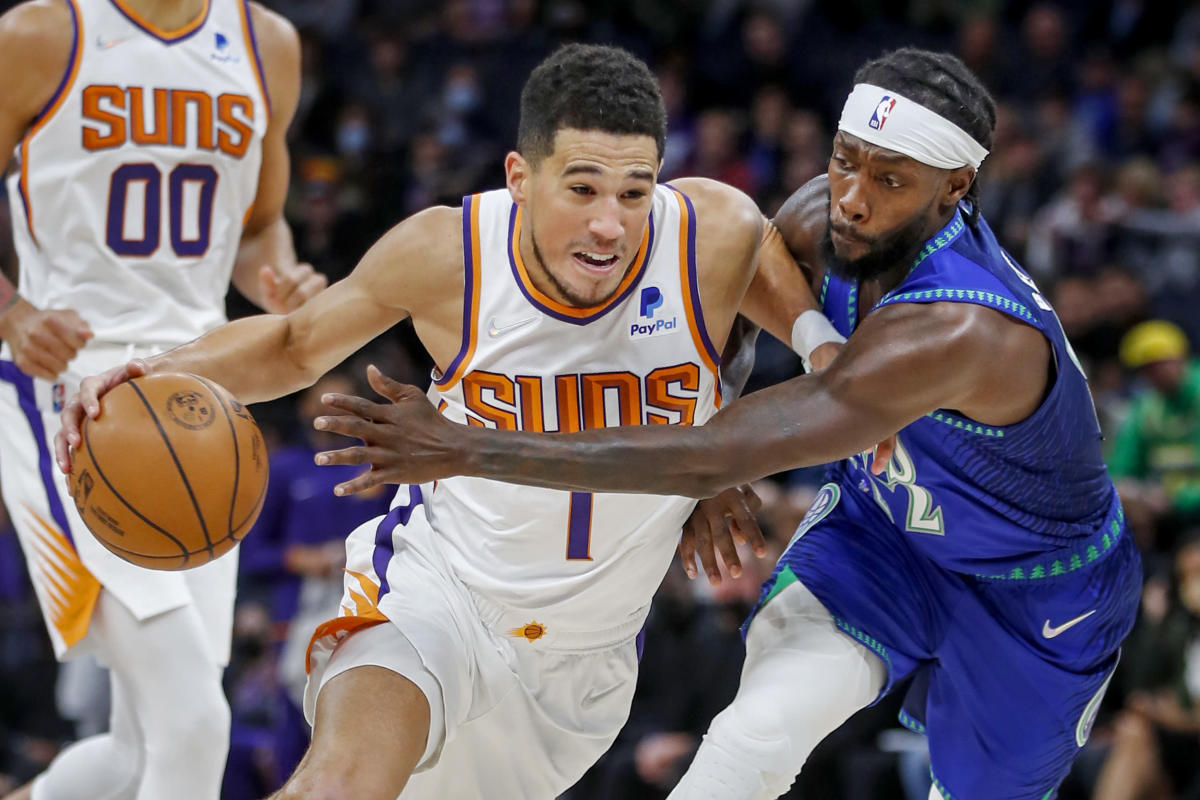 Chris Paul scored 19 of his 21 points in the fourth quarter, Devin Booker had 29 and the Phoenix Suns beat the Minnesota Timberwolves 99-96 Monday night for their ninth straight win.

Deandre Ayton had 22 points and 12 rebounds in his return to the Suns after missing five games with a right lower leg contusion. Phoenix won a day after a 115-89 victory in Houston.

Minnesota’s D’Angelo Russell missed a 3-point and Anthony Edwards couldn’t control an offensive rebound. Booker made another free throw and the Timberwolves’ last-second heave was short.

Karl-Anthony Towns had 35 points and 13 rebounds for Minnesota, which has lost eight of nine. Russell scored 22 points, including 11 in a wild, back-and-forth fourth quarter. Malik Beasley shot made 4 of 10 on 3s for 12 points.

A close game throughout turned Phoenix’s way midway through the third as Minnesota became frustrated with the officiating.

Edwards and Towns were called for technical fouls in the span of 16 seconds. Teammate Patrick Beverly was called for a foul on a layup attempt by Booker and when replays showed very little contact, fans started chanting toward the officials.

Following his technical foul, Towns went to the bench and waved his arms up and down, encouraging the crowd to show its displeasure with the calls.

The Suns, meanwhile, started hitting shots. Landry Shamet and Booker hit 3s and a 14-5 run gave the Suns a seven-point lead, their largest of the game.

Towns scored nine points in a 9-2 run and gave Minnesota a 78-77 lead with a deep 3, setting up the crazy finish as both teams started making shots after a tough offensive game for both.

Timberwolves: C Naz Reid missed the game with right foot soreness. Coach Chris Finch said the injury occurred in Saturday’s loss to the Clippers, but Reid wasn’t sure what happened. … Edwards finished with nine points and a career-high 12 rebounds. He shot 2 of 11 from the field.