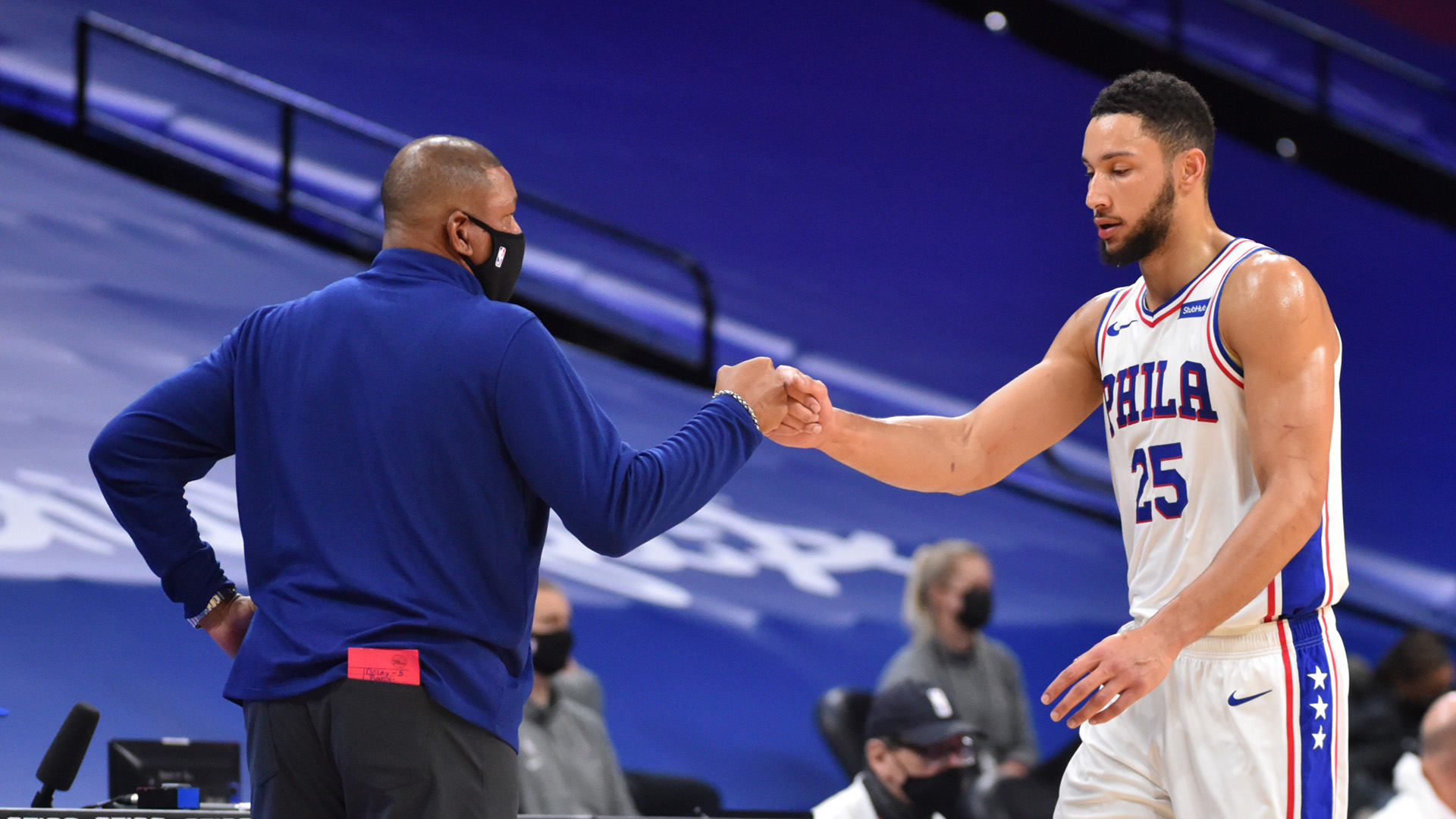 The 76ers and representation for disgruntled All-Star Ben Simmons have neared a resolution of the guard’s holdout that could potentially see him rejoin the team this week.

The first step was in motion Monday night: Simmons was in Philadelphia and coach Doc Rivers did not rule out the possibility of a return to practice at some point this week.

“Clearly that’s what we want, or we wouldn’t be talking if that wasn’t part of it,” Rivers said.

Simmons missed training camp and the preseason in the wake of his offseason trade demand that had left the Sixers without their three-time All-Star -- and Simmons out millions in lost salary and fines. The 25-year-old Australian still has $147 million and four years left on his contract.

Rivers said he has not talked to Simmons during the holdout, only Klutch Sports CEO Rich Paul. Sixers President Daryl Morey has fielded offers for Simmons but has yet to find a package to his satisfaction that would keep the the Sixers among the Eastern Conference’s best teams.

Morey and Rivers have been publicly optimistic since the start of training camp that Simmons would play again for the Sixers. Rivers said he did not know if the situation could be resolved this week.

But the possibility of a reunion -- as farfetched as it once seemed -- could be on the horizon.