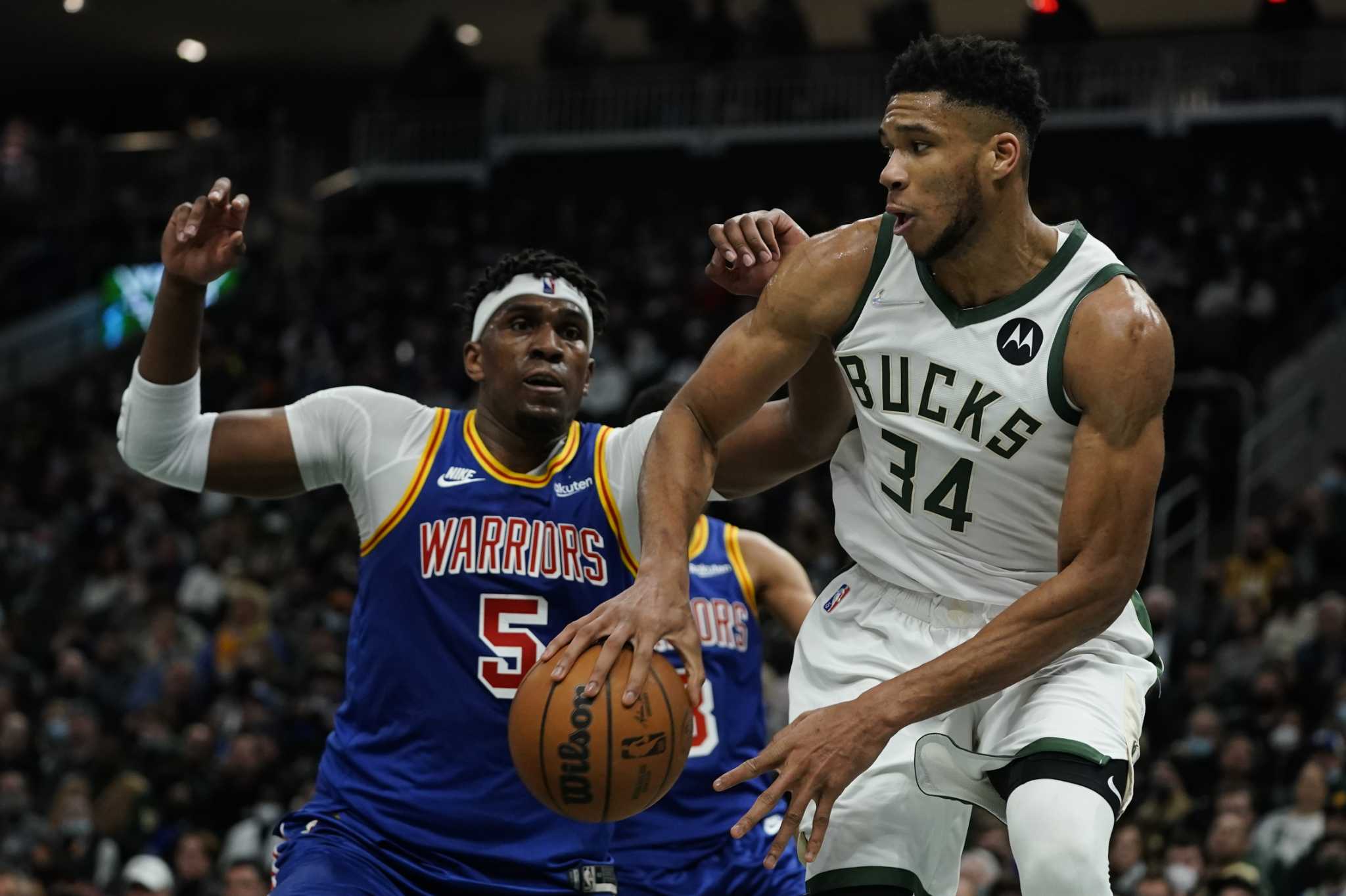 Kevin Durant and James Harden were on the court, so the Nets looked somewhat like the team Milwaukee remembers from its last trip to Brooklyn.

The players who helped the Bucks win that game just watched this one.

The Nets beat the Bucks 119-115 on Friday night in an exhibition rematch of last season’s Eastern Conference semifinals, which the Bucks won by outlasting the Nets in a Game 7 that went to overtime.

Durant scored 18 points and Joe Harris had 15 on five 3-pointers. Harden shot 3 for 9 and scored eight as the two former MVPs got their first action of the preseason.

Later Friday, two others also got their first work as LeBron James and Russell Westbrook started for the Lakers in their 121-114 loss at Golden State.

The Nets and Bucks will meet again Oct. 19 in Milwaukee in the NBA season opener and that’s when the Nets will see the real Bucks. Giannis Antetokounmpo, Khris Middleton and Jrue Holiday all watched Friday’s game, along with Brook Lopez and key rotation players such as Bobby Portis and Pat Connaughton.

The game in Brooklyn was one of two Game 7 rematches on Friday’s exhibition schedule. The Los Angeles Clippers lost to Dallas, the team they went the distance to beat in the first round of the Western Conference playoffs.

Kyrie Irving was ineligible to play but the Nets got good news about him. The team was told Friday that its training center is considered a private facility and doesn’t fall under New York’s coronavirus vaccination mandate. Professional athletes in the city must be vaccinated to play or practice in public venues.

Coach Steve Nash said Irving could join the team for practice this weekend, though wasn’t sure if the All-Star guard would play Monday at Philadelphia because he hasn’t practiced since they returned from training camp in San Diego last Sunday.

“At least he can practice, but I mean we want him here for the whole thing,” Durant said.

Paul Millsap didn’t play for the Nets because of health and safety protocols.

LeBron James scored nine points on 4-for-12 shooting in over 17 minutes, and Russell Westbrook finished with seven rebounds and six turnovers. Carmelo Anthony scored four points on 1-for-7 shooting.

Dwight Howard had 23 points on 8-for-11 shooting from the field and 7-for-11 sniping from the line for the Lakers.

CLEVELAND (AP) – Malcolm Brogdon scored 27 points on 12-for-14 shooting and Domantas Sabonis had 14 points and 10 rebounds as Indiana beat Cleveland.

Chris Duarte and Myles Turner each scored 11 for the Pacers, who dominated the interior with a 50-30 rebounding advantage.

Sexton is 14 for 41 in three preseason games.

Ball was 5 for 6 on 3-pointers and had five rebounds, four assists and two steals. Nikola Vucevic had 16 points, 10 rebounds and four of the Bulls’ 14 steals.

Omer Yurtseven had 14 points and 11 rebounds for the Heat.

After Luka Samanic’s short shot with 1:22 left, Strus converted a layup to give the Heat a 103-102 lead they never relinquished.

Bam Adebayo, Jimmy Butler and Kyle Lowry didn’t play for Miami. Herro shot 12 for 25 from the field and missed on all but one of five attempts from 3-point range.

After the Clippers scored 41 points in the third quarter, Dallas countered with a 31-17 run in the final period for the win.

Luke Kennard scored 19 points on 5-for-6 shooting from 3-point range. Isaiah Hartenstein had 16 points and eight rebounds, and Reggie Jackson scored 14 for the Clippers.

DENVER (AP) – Jaylen Nowell dunked in the final seconds of regulation to force overtime and scored with 10 seconds remaining the extra period to lead Minnesota over Denver.

Nowell finished with 12 points. He threw down a dunk with three seconds left in regulation to tie the score at 101-all and force OT. Michael Beasley scored 13 for Minnesota, and Karl-Anthony Towns added 12.