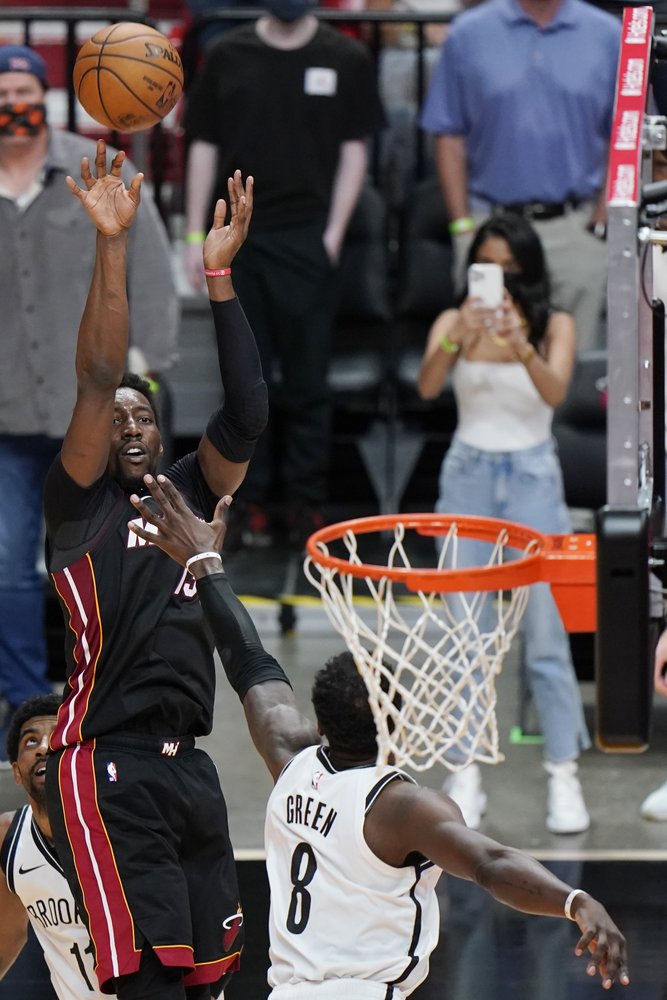 MIAMI (AP) — Bam Adebayo was supposed to call timeout. He had another idea. This was the scenario that he had envisioned in his mind so many times, game tied, crowd on its feet, ball in his hands, final seconds ticking away.

“Your moment,” Adebayo told himself.

He delivered — when the Miami Heat needed him most.

Adebayo drove left, stopped and watched his 13-foot jumper rattle in as time expired, a shot that allowed the Heat to beat the Brooklyn Nets 109-107 on Sunday to snap a three-game slide.

“He handled it the right way,” Heat coach Erik Spoelstra said. “He looked over to the bench, and at that point we just made eye contact. My hands were up, and it was like, ‘OK, it just better be the last shot.’”

Adebayo had 21 points and 15 rebounds for the Heat, who trailed by six points in the final minutes before finishing the game on a 10-2 run.

Durant left 4:03 into the game, after scoring Brooklyn’s first eight points. He was fouled on a drive 1:33 into the contest and missed both free throws — only the second time this season that he went 0 for 2 on a trip to the foul line.

He left not long afterward, and the Nets quickly declared his day over. Durant has missed 33 of Brooklyn’s 57 games.