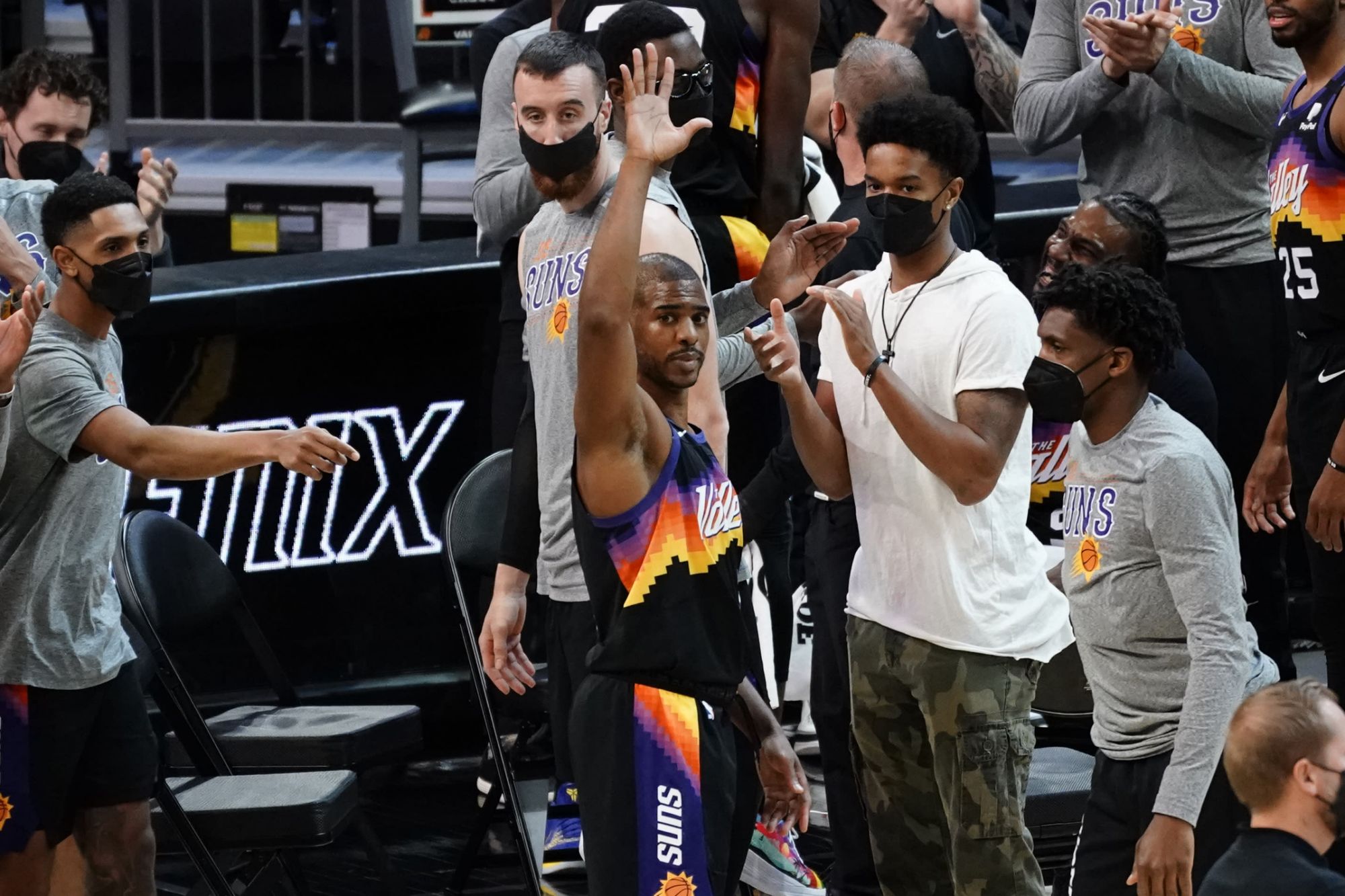 There is no definition for what makes someone the Most Valuable Player in the NBA.

If it’s the best player, LeBron James should have way more than four trophies. If it’s the best player on the best regular-season team, then Giannis Antetokounmpo has been the correct pick in each of the last two seasons. Of late, it’s often been the leading scorer; Kevin Durant, Stephen Curry, Russell Westbrook and James Harden recently won MVPs in scoring-title seasons.

If it’s the player most valuable to a contending team, a case can be made for Chris Paul.

Let’s be clear: Paul is almost certainly not going to win the award this year. He’s averaging 16 points and nine assists. That’s not enough to move voters. The last time someone with numbers that weren’t eye-popping won the MVP vote was when Steve Nash got his back-to-back trophies in 2005 and 2006. Every MVP since has averaged at least 23.8 points, and four have averaged at least 30 points.

This year’s race is as wide open as it has been in years. And with no clear favorite, there will likely be even more debates about the “most valuable” part of the MVP award.

James seemed like the front-runner, then the Los Angeles Lakers lost a few games without Anthony Davis and now James is likely out for at least a few weeks with a high ankle sprain. Philadelphia’s Joel Embiid moved into that unofficial MVP favorite spot, then he got hurt, as well. Harden has been brilliant since joining Brooklyn, which means he’s in the mix once again.

Denver’s Nikola Jokic could win it this year. So could Portland’s Damian Lillard. It would be foolish to rule Antetokounmpo out in his quest for three in a row. James, Embiid and Harden all still could be the winner. It’s as wide open as it has been in years.

If one criteria — though not usually a top consideration — will be “player most valuable to a contending team,” then Paul deserves a major look.

Let’s start with the obvious reason. The Suns are good.

They weren’t bad before Paul’s arrival. Phoenix made some noise by going 8-0 in the restart bubble at Walt Disney World last summer in an ultimately futile longshot quest to make the playoffs, but this team is better than that group was — their veteran point guard being one of the big reasons why.

“He’s just such a smart player, man,” Philadelphia coach Doc Rivers said. “Still obviously skilled, still athletic. If you give Chris Paul a team of guys that want to follow — and that’s the key, Chris can be tough, but he’s with the right group, they want to follow, they want to be led — then there’s no better player in the NBA for that.”

They’re 28-13 so far this season, second in the Western Conference entering Tuesday’s game at Miami. Anything short of all-out collapse will have the Suns in the playoffs for the first time since 2010 and end the second-longest current drought in the NBA; only Sacramento, which hasn’t been in a playoff game since 2006, has waited longer.

This should be no surprise. Paul’s teams win.

This is his 16th season and the 14th consecutive in which Paul’s team has a winning record when he plays. They don’t just win, they win big: all five of Paul’s teams over those past 14 seasons — the Hornets, the Los Angeles Clippers, Houston, Oklahoma City and now Phoenix — have at least a .600 winning percentage in his regular-season appearances.

Put another way, for every three games Paul plays, his teams win two of them. That’s pretty good.

On Sunday, he became the sixth player to reach 10,000 assists, and either toward the end of this season or early next season -- barring injury -- he’ll have enough points to be the first member of the 20,000-point, 10,000-assist club. James is 331 assists away from joining him.

Phoenix got Paul in a trade with Oklahoma City before the season, not deterred by the $44 million option he holds for next season, one that he’s obviously going to exercise. Other teams were scared off by that or couldn’t make it work while pursuing other free agents. Phoenix general manager James Jones went all-in and made the move.

“He should get the majority of the credit,” James said of Jones, his former teammate in Miami and Cleveland. “He put that team together and then he pressed a button to get CP3 to Phoenix. And we all know CP3’s resume. When CP3 goes to a team, they automatically become a better team.”

Paul was second in the MVP voting 13 seasons ago. He was third in 2012, fourth in 2013, has been sixth or seventh three other times along the way. And he’s never been to the NBA Finals, one of the few empty boxes on his resume.

No, he won’t win the MVP award this year, either.

But, at minimum, he’s earned a spot in the conversation.