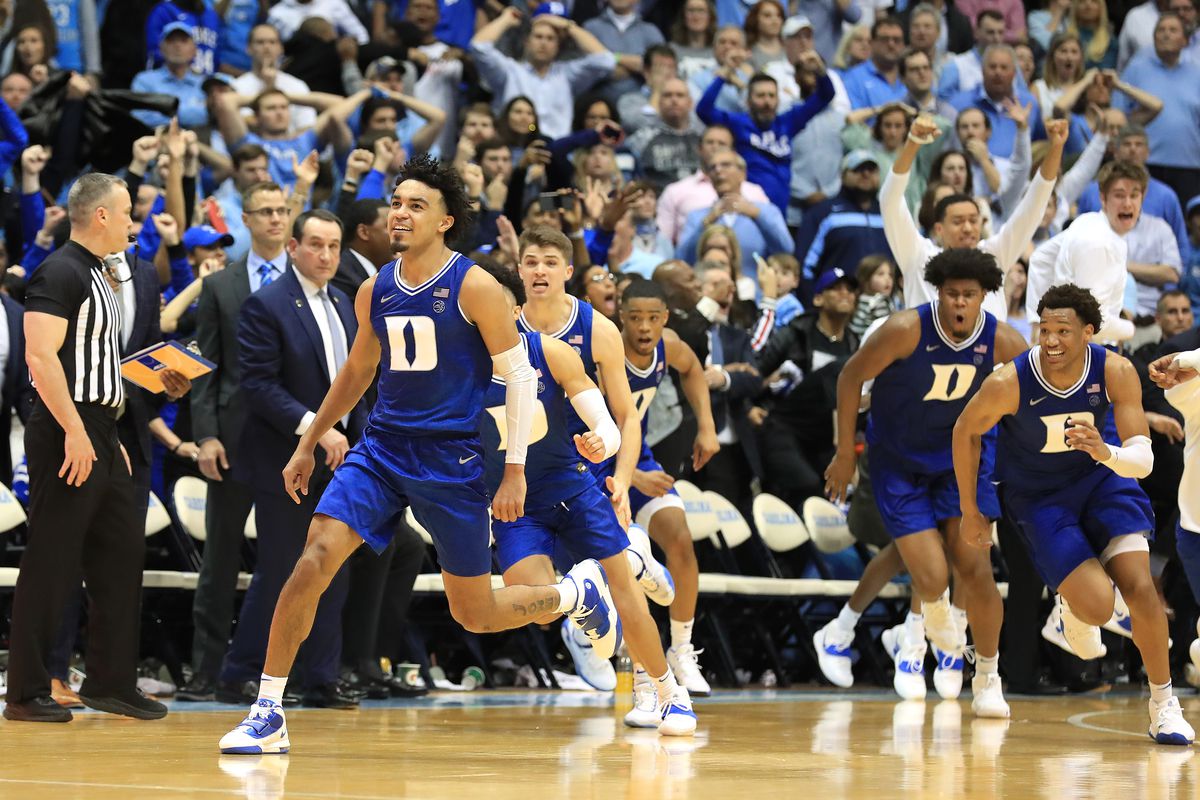 Here are the three plays that will be remembered from the most recent installment of college basketball’s spotlight rivalry.

Scene One
After a mixture of missed free-throws and turnovers by North Carolina allowed Duke to get within striking distance at the end of regulation, the Tar Heels, leading by three, elected to foul Tre Jones with 4.4 seconds remaining. UNC did not foul Clemson in a similar situation earlier this season, and the Tigers hit a game-tying three, and then won in overtime to snap their lifetime losing streak in Chapel Hill.

If Roy Williams had known then what he knows now, he would have elected to repeat the strategy (even if he claims he forgot to tell his team to foul at the end of the Clemson game) that resulted in him receiving so much heat.

Scene Two
Understandably, the air went out inside the Dean Dome in the moments between the end of regulation and the beginning of overtime. Duke scored six of the extra period’s first seven points, and appeared poised to ride that momentum to a comfortable victory.

North Carolina super freshman Cole Anthony responded, hitting back-to-back jumpers and sparking a rally that put the Tar Heels ahead 96-91 with a little under 20 seconds to play. Jones responded with an and-one, and when he missed the free-throw that would have completed the three-point play, Wendell Moore Jr. was there with a putback that cut the Carolina lead to one.

That set the stage for a no-call/call that will be discussed on Tobacco Road and beyond for years to come.

No foul was called on Duke, and after a lengthy review, Ted Valentine’s on-court call to give the Blue Devils the ball was upheld.

Scene Three
A driving Jones was fouled by North Carolina’s Christian Keeling, sending the Blue Devils’ sophomore point guard to the line with an opportunity to put his team ahead by one. The only saving grace for UNC fans at the time seemed to be safety from having their hearts broken at the horn for the second time in less than 15 minutes.

You know where this is going.

That would be three different shots of Moore catching Jones’ airball and putting it through the net just before the game’s final buzzer sounds. You have to imagine all three are equally painful for anyone donning powder blue.

This type of loss to your arch-rival would be a gut punch (or perhaps an even stronger blow to an even more sensitive part of one’s body) under any circumstance, but it’s especially brutal given the season North Carolina has had up to this point.

The Tar Heel are in the midst of what is easily the worst of their 17 seasons under Roy Williams, and what could be just their second losing season since 1962. They currently sit at 10-13 overall, and just a half game out of last-place in the ACC standings.

For a night, it seemed like none of that was going to matter. This was going to be the one high point UNC fans could cling to when they looked back at 2019-20.

Even in our darkest hour, we still beat Duke.

And who knows, with Anthony back and playing at a high level, perhaps a win like this could have served as the catalyst to some sort of run. Maybe not to the NCAA tournament, but at least closer to the middle of the ACC standings and eventually to a postseason tournament of some sort.

For now, it’s hard to see this North Carolina team finding the resolve necessary to bounce back — at least in any significant fashion — from its most recent stumbling block.