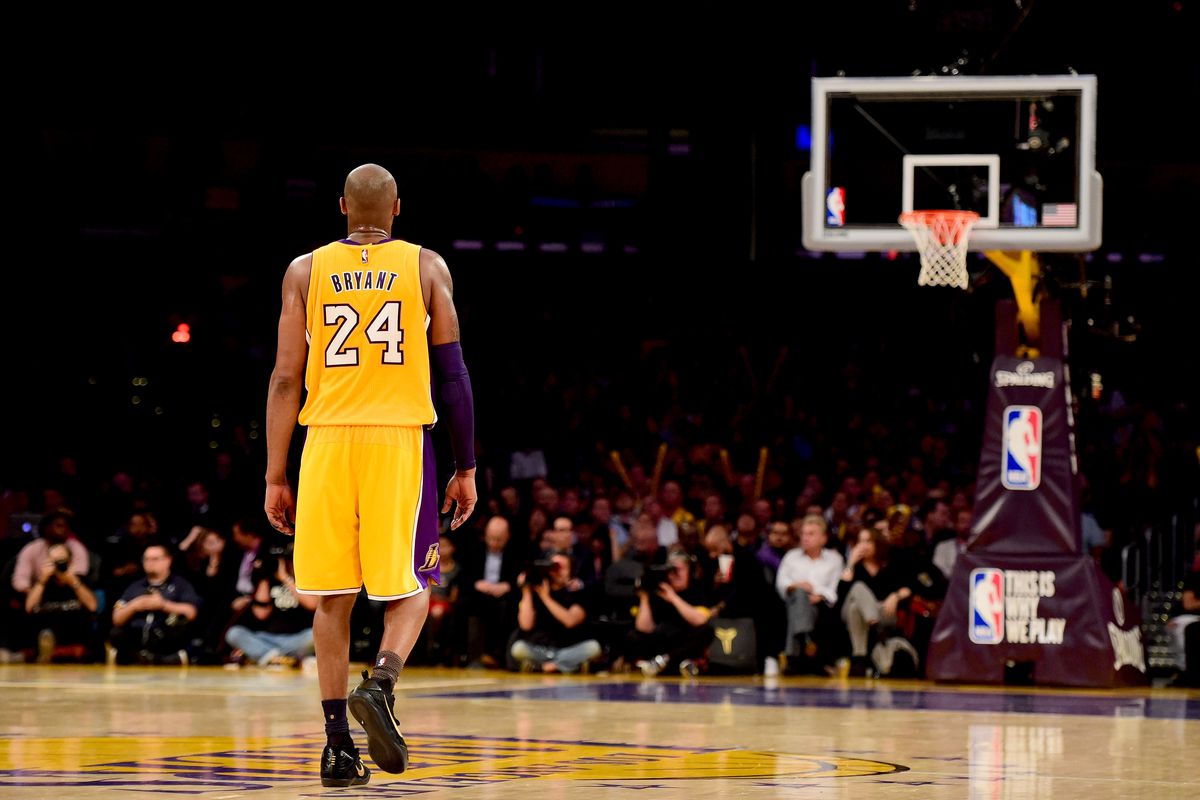 A loving father to his four daughters, he could be seen so often taking them around Disneyland in Anaheim that employees were said to be no longer star struck by his presence. I remember running into him on his way towards Frontierland, smiling while bouncing Bianka, the third of his four beloved daughters, on his shoulders as his two older children, Natalia and Gianna led the way.

In what will be one of the public’s last memories of Kobe, the basketball nerd within him could be seen as he outlined and explained something to her between moments of palling around with the current Lakers and proudly snapping photos of her with celebrities, including her favorite, Trae Young. He posted mushy Instagram captions about his wife and beaming ones of pride about his daughters that couldn’t have been further from the vision most had of him as a cutthroat, win-at-all-costs competitor.

He was also accused of sexual assault in Eagle, Colorado in 2003, and his wife filed for divorce from him amid allegations of infidelity (they later reconciled). Not to compare the prior to any of this or dismiss the seriousness of it, but Bryant’s NBA legacy was additionally contrasting. He was a transcendent talent and five-time champion, as driven as any basketball player ever, to the point of playing through countless injuries, memorably shooting free throws on a torn fucking Achilles. He was also was a difficult teammate to many, with his at-times prickly demeanor and demanding standards rubbing many teammates the wrong way. He didn’t care, once saying “being a great friend is something I will never be... friends can come and go, but banners hang forever.”

Bryant will be remembered forever, too, or at least as long as any basketball player ever can be. He died in a helicopter crash on Sunday, along with his pride and joy Gianna and several others, on the way to do what he seemingly loved to do in retirement more than anything else: Watch his kid play basketball. He wasn’t a perfect person, but he was the reason I, and so many others in this city around the world, cared so deeply about this game.

His two retired jerseys, those will hang forever in Staples Center too, right next to the five championship banners he helped raise. The memories those of us who spent our lives in Southern California during the two decades he made Staples Center and the Forum into the Church of Kobe will last nearly as long. Those countless cult members donning purple and gold to watch a master of his craft alternate between silence and expletive-filled outbursts of trash talk while using his game to preach the value of fundamentals, of counters, and of fuck you jumpers right in an opponents face, lower jaw jutted out to emphasize that yeah, he just knew he dominated you.

Those instincts carried over off the court, too. I didn’t know Kobe, but as someone who grew up a die-hard fan of his, it was surreal to cover bits and pieces of his farewell season on the team, something I will never forget. To have him nearly knock me over my first time in the locker room, because of course he was going to take the most direct path to the training room. Never a wasted movement with that guy, and it makes me laugh to remember what he must have thought of the nervous, skinny white kid profusely apologizing to him for being in the way that day.

Even in retirement, Bryant’s fire never faded. From drawing criticism for what some saw as him trashing middle-schoolers online for not being committed to basketball enough, to dunking on me on Twitter for making a joke about one of the videos he made for ESPN. I will never forget the day that a representative of Bryant’s somehow found the direct number for the student paper I worked at in college to get me on the line, saying his client was threatening to wage “the World War 3 of litigation” if we didn’t take down a post with video of his later Oscar-winning short, “Dear Basketball.”

But that was the thing about Kobe: He never claimed to be a perfect person, or even always a nice one. Lord knows he wasn’t. He just wanted to be the best at everything he ever did, to beat everyone at everything, and maybe that open acknowledgement of his flaws, that admittance that he’d made tons of mistakes and would make more, and that you can still be great in spite of them is what made him resonate so much with this city, with this fanbase, and even worldwide. Maybe it’s the lasting lesson he’d want us to take away from a life cut tragically short.

Typing through rapidly welling tears from watching NBA teams playing today take 24 and 8-second violations in tribute to you and your daughter. From watching grown men, gladiators of the game break down as they’re told what happened to you. Kobe, I can’t believe I’m already writing this when you were just 41, and your daughter only 13, but from all of Los Angeles who you made feel like the kid in your video, I just wanted to say Mamba Out, one final time.