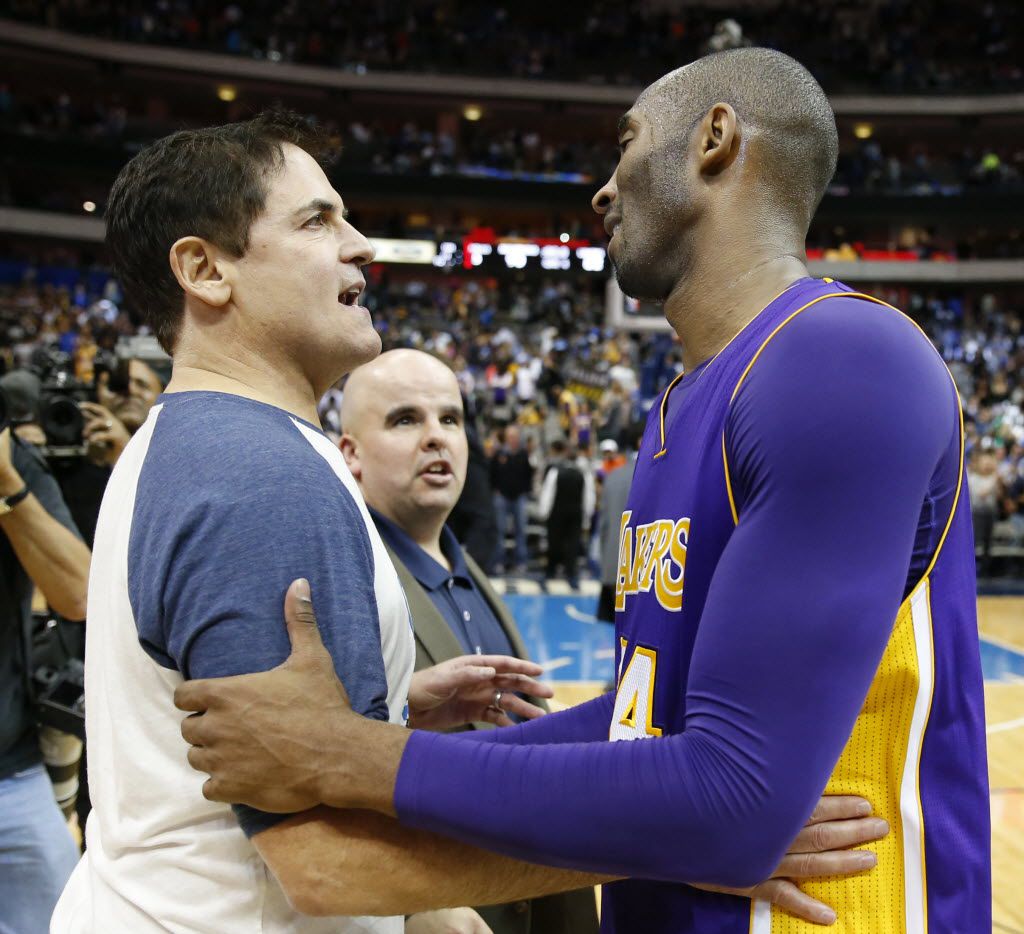 In a statement released by Mavericks team governor Mark Cuban on Sunday, the Mavericks said they will retire No. 24, one of the two numbers Bryant wore during his illustrious 20-year career:

During a 2013 interview on ESPN Dallas 103.3 FM’s “Ben and Skin Show,” Cuban brought up the possibility of the Lakers amnestying Kobe Bryant for financial flexibility:

“If you look at their payroll, even if Dwight (Howard) comes back, you’ve got to ask the question: Should they amnesty Kobe? You just don’t know, right? It’s the same reason I wouldn’t get rid of Dirk (Nowitzki).

To no one’s surprise, those comments — even if the context was hypothetical — didn’t go over well with Bryant, and on Feb. 24, 2013, Bryant tallied 38 points, 12 rebounds and 7 assists. That game is known as the “Amnesty THAT” game because following the game, Bryant took to Twitter to send a not-so-subtle message to Cuban:It seems like that was just the competitive nature of their relationship, though, and Cuban’s gesture in the wake of Bryant’s passing is evidence of the respect the two men held for each other. The question now is whether the rest of the league will follow suit — 12 players currently wear the No. 24 — or if they have something else planned to honor Bryant.