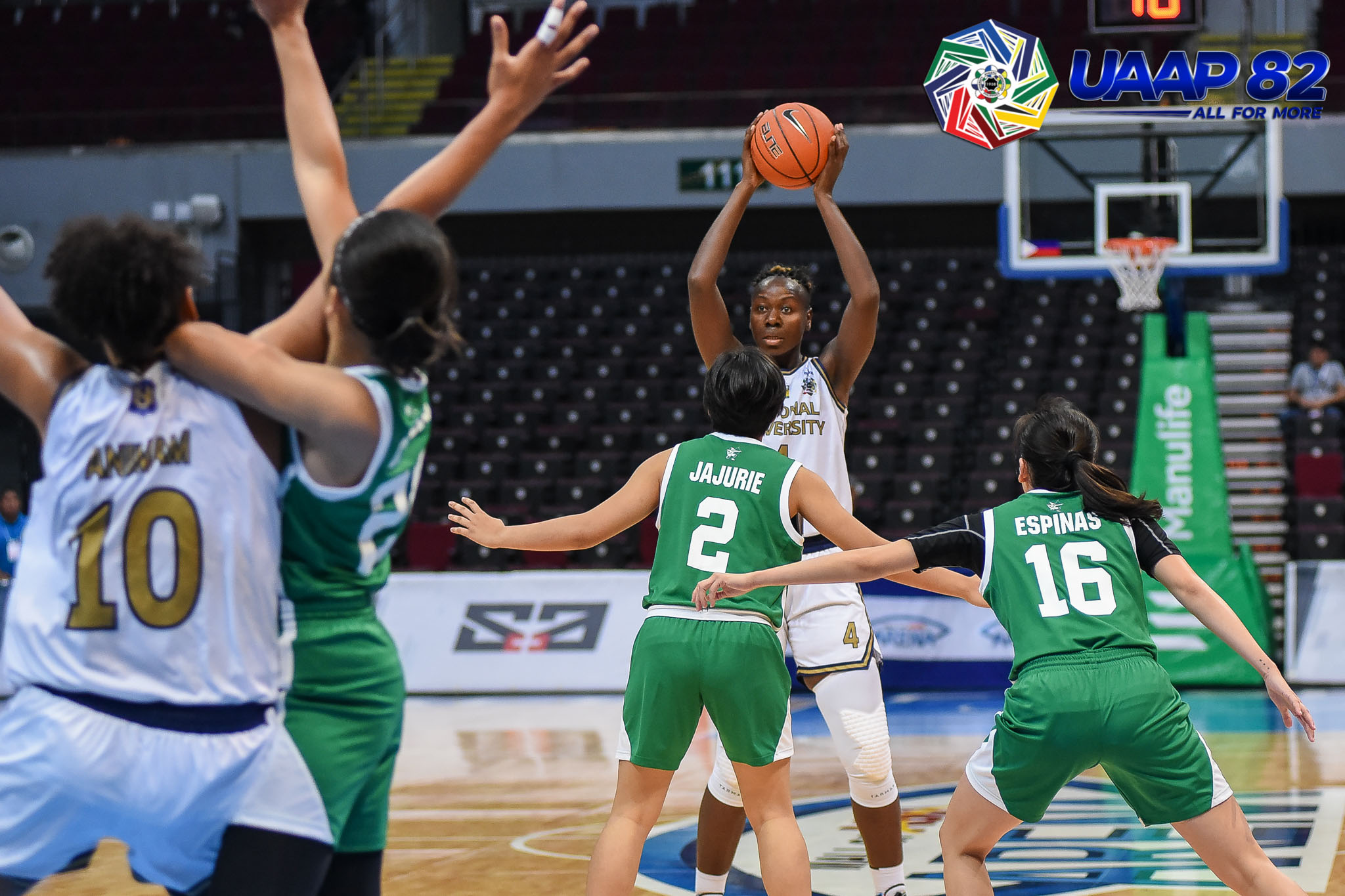 Jack Animam was her dominant self anew, pouring 22 points, 15 rebounds, and six assists, to go with a steal and a block to steer the Lady Bulldogs to an 8-0 record and extend their historic win streak to 88 victories.

"It not only helps NU right now, but it also motivates her a lot to play better. We need Jack to play better every game kasi siya ang heart and soul ng team ngayon eh. Tumataas ang game namin when she's there," said coach Pat Aquino.

Congolese center Rhena Itesi dropped a double-double with her 18 points and 11 rebounds, while Kaye Pingol continued to do the dirty work with her 14 points, six steals, and two boards.

NU was quick to assert control of the game with a 28-8 opener, caging La Salle before unloading 32 points in the second quarter to seize a 40-point halftime lead, 60-20.

The lead swelled to as high as 57, after a putback from Animam with 1:02 remaining in another ruthless showing for the six-peat-seeking defending champions.

Aquino, however, believes that the Lady Bulldogs could still improve even after this 54-point blowout.

"I want them to play better than that," he said. "Di naman ako metikuloso, but we want to exceed more on some of those things that we have on our expectations kasi after Jack and Rhena this season, yung mga natitira na lang eh so I want the others to experience and play a lot to prepare them for next season."

Bennette Revillosa uncorked 13 points, five rebounds, and three assists to lead the Lady Archers, which bowed to back-to-back games and fall to a 3-5 record.