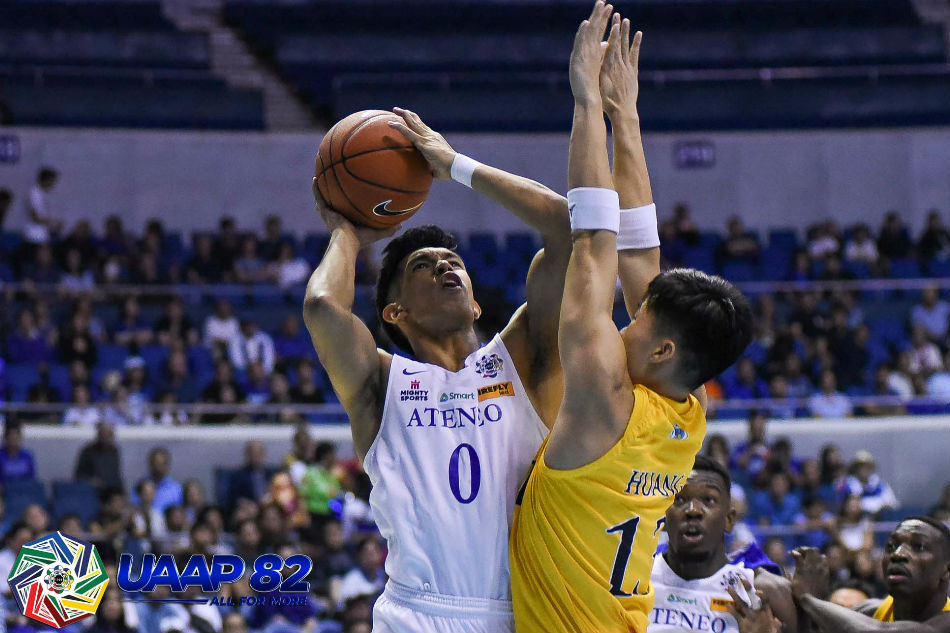 Defense dictated the tempo in this low-scoring affair which saw Ateneo hold the league's top offensive team UST, which is averaging 81.0 points per game, to a season-low 52-point production in a tough 28-percent field goal shooting.

That was the difference-maker in the payoff period as the Blue Eagles held off the Growling Tigers' numerous rallies, first staging an 8-0 run to hold a 50-37 lead with 7:15 on the clock, before they denied
Mark Nonoy's uprising that saw the lead trimmed down to six, 54-48, with a solid 10-2 tear that reinstated a 64-50 lead with 54.7 ticks left.

"All I can say is thank God for our defense," sighed coach Tab Baldwin after his side escaped another tough match-up against Aldin Ayo.

"That was a really tough, really physical game, too physical than the way it should be. They really make your life miserable and in the fourth quarter, they started making their shots."

UST leaned on the season-best performance of Nonoy, who tallied 18 points on 4-of-7 three-point shooting as usual suspects like Rhenz Abando and Soulemane Chabi Yo found themselves caged.

The Growling Tigers fell to a 4-4 card after this second consecutive loss.